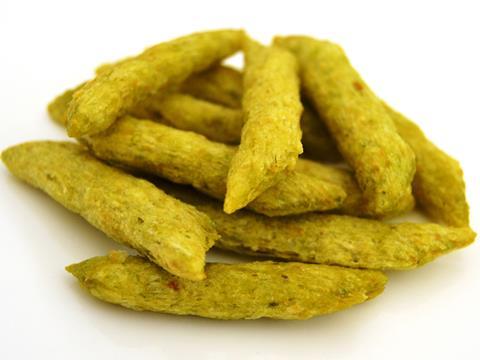 Calbee UK - the first European subsidiary of Japanese snacking giant Calbee Inc - is to make its debut with a pea-based savoury bagged snack.

Available in four flavours and a range of pack formats, it will be the first product to roll out from the factory in Deeside established as part of Calbee’s £10m investment in the UK. Calbee Inc, which has a turnover of more than £1bn, has set its sights on its UK subsidiary turning over £65m and employing more than 100 people within five years.

The bagged snack range - which officially launches next month - is similar to Calbee’s Snapea snacks sold in the US. Snapea was test-marketed last year in Whole Foods Market and 16 Tesco stores, and the flavours consequently modified for the British market.

“We are a subsidiary of one of the largest snack manufactures in the world so we know what we’re doing,” said Calbee UK MD Richard Robinson.

Robinson said research among 1,000 UK consumers had suggested 77% of purchases of the Calbee snacks would be incremental to the savoury bagged snacks category.