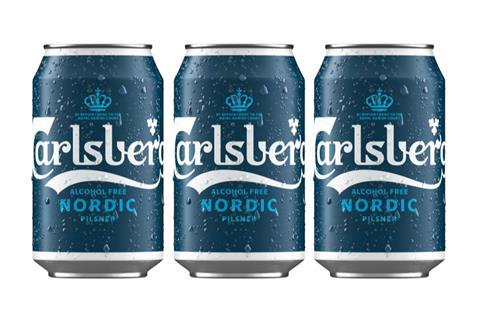 The 0.0% beer will roll out into Tesco in 300ml cans this week, replacing the existing Carlsberg 0.0 brand (rsp: tbc).

It had been “specifically brewed as an alcohol-free beer, meaning it delivers the same refreshment that drinkers expect from regular beer, with a crisp, hoppy bite”, said Carlsberg.

The alcohol-free category “has seen huge growth in the last few years as consumers seek to moderate their consumption without compromising on the taste of their beer”, said Liam Newton, VP marketing at Carlsberg UK.

It comes after Carlsberg last year rolled out Special Effects, the first non-alcoholic beer from Brooklyn Brewery, which it sells and distributes in the UK.

Read more: if anyone can make an alcohol-free bar work, BrewDog can