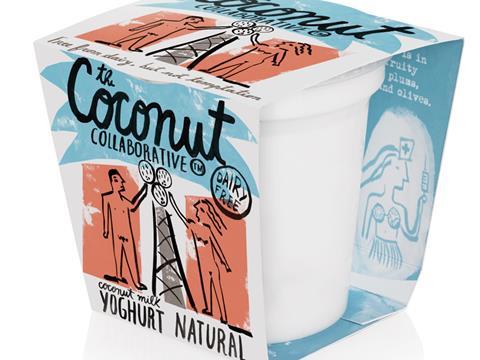 The coconut-based yoghurts, launched into Waitrose in April, are this week making their French debut with a listing in 23 Cojean restaurants. The brand has also secured its first listing with Tesco for the chilled range, in 104 stores from this week (rsp: £1.49 to 1.69/120g pot), while Sainsbury’s has stocked the brand in 70 stores since early December.

Averdieck said coconut milk had been “relatively underutilised.” “Our range harnesses every nutritional benefit the milk has to offer,” he added.