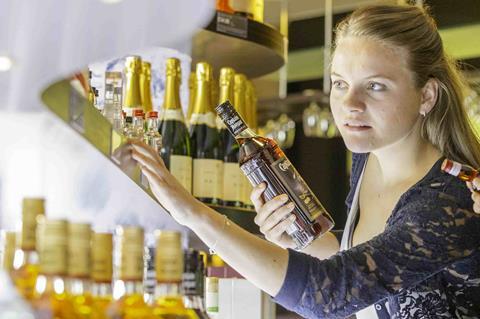 Diageo is to launch a new Italian gin brand called ‘Villa Ascenti’ over the coming months – as well as several other ’new to world’ brands over the next year.

Villa Ascenti would be based on the concept of an Italian ‘flavour house’. Diageo had “worked with a local flavour house and a number of local farmers and producers from the area to source all of our ingredients for the gin,” said its senior innovation manager Adam Miller.

Yet while the brand would make its debut in the gin category, Diageo would “continue to innovate from that space in the future”, he added. “It will have a focus on gin to begin with but then who knows, it could go into a whole different scope of areas depending on consumer needs or whatever category demands we might see.”

It was the first of several ‘new to world’ brands Diageo would introduce over the coming year, said Miller. Indeed, just last week Diageo announced a joint venture with the Chinese Jiangsu Yanghe Distillery Co, launching a ’new to world’ whisky called Zhong Shi Ji, which is created by blenders and distillers from Scotland and China – though it is not clear if the drink will see UK release.

He added its Guinness spin-off, the Open Gate Brewery project in Dublin, would “continue to innovate”.

Diageo also detailed plans to revitalise the scotch category in the UK, largely through the Johnnie Walker brand and initiatives such as its recent tie-ups with Game of Thrones.

“There is definitely a focus on what we can do with Johnnie Walker,” said Miller. “What it’s about is making whisky more accessible to more people and breaking down the barriers that are perhaps in place.”