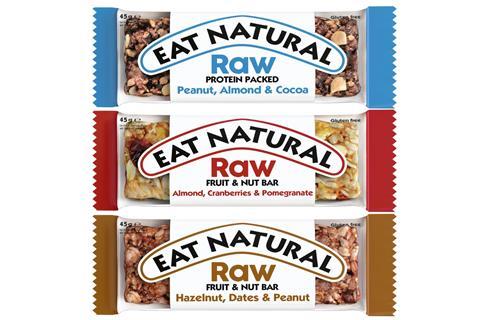 The bars will roll into Sainsbury’s on 11 July

Although the bars were non-HFSS, they had been “carefully crafted to maintain the great taste consumers have come to expect from the brand”, said Eat Natural.

They were aimed at consumers looking for alternative snacking options, it added.

Eat Natural brand manager Lucia Gimson said the bars were “perfect for those who want to savour snacks that contain delicious ingredients”.

They offered “an appetising medley of fruit and nuts” and catered to “the growing number of consumers looking for new and exciting snack alternatives”, Gimson added.