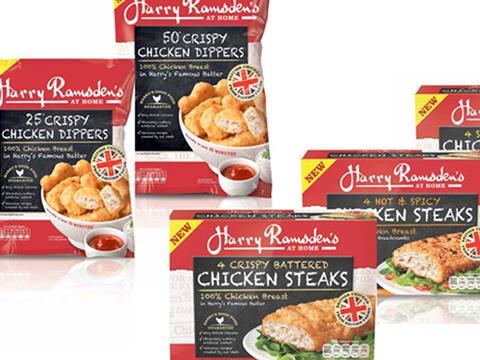 Harry Ramsden’s is set to make its Harry’s at Home chicken range more widely available after a successful trial.

The chicken range made its debut in 500 Tesco stores in April, and comprises three chicken steaks - in Crispy Battered, Southern Fried and Hot & Spicy flavours - and Crispy Dippers in packs of 25 and 50.

From January the range will also be available in 30 Makro stores, 140 Booker cash & carry outlets and more than 1,700 stores of Booker’s symbol group Premier.

Harry Ramsden’s CEO Joe Teixeira said the 2 Sisters-owned brand was in talks with other national and international retailers, while new lines were also being developed.