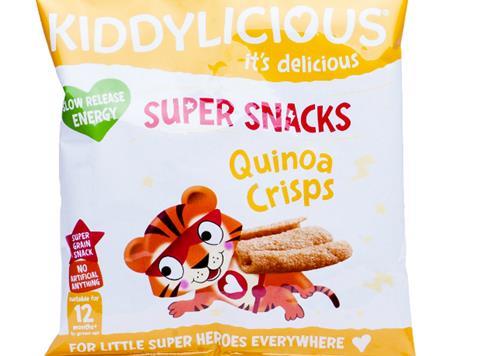 Infant snack brand Kiddylicious has unveiled Super Snacks, a range of savoury crisps made from quinoa and lentils.

Following the brand’s Wafers last year, the NPD - rolling out this month - is positioned as a healthier, ‘superfood’ alternative to potato crisps and is designed for toddlers and pre-schoolers aged 12 months and over, providing ‘a slow, steady release of energy’.

“Toddlers need regular, planned snacks to keep them topped up between meals as their tummies can’t take in all their energy requirements at meal times,” said Kiddylicious MD Sally Preston. “Super Snacks are the perfect savoury solution.”