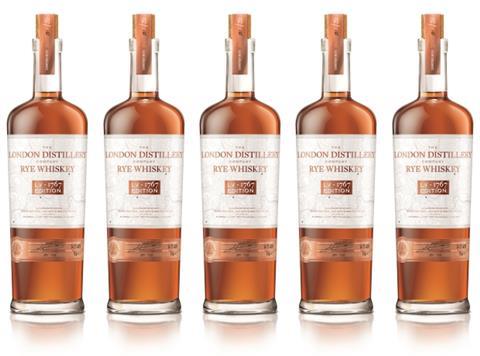 The London Distillery Company has launched a limited-edition rye whiskey, which it claims is the first of its kind to be distilled in the capital in 100 years.

The drink (54.3% abv) is four years old, aged in English oak barrels, with “chocolate and roasted coffee aroma, with banana and pear notes following”, according to the brand. It is available through the brand’s website and specialist spirits retailers (rsp: £251/70cl).

The liquid had “matured quickly into a beautifully deep and sumptuous drop, with powerful notes from start to finish”, said London Distillery Company head of distilling and operations Matt McGivern.

“When I joined the business the first product I tasted was the rye unaged, and I knew it was special. The team has treated the cask like a precious jewel.”

Numerous fledgling distilleries are beginning to distil whisky in the capital. West London-based Bimber Distillery, for instance, is set launch a range of London single malts next year once its spirit comes of age.