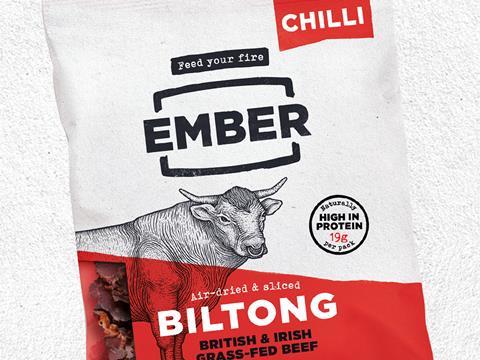 Meat snacks startup Ember has added a ‘shot’ format for its biltong, in what it claims is a first for the category.

Aimed at on-the-go shoppers, the 16g pack (rsp: £1.40) will make its debut early next month in original and chilli flavours in Sainsbury’s, followed by Waitrose in late April.