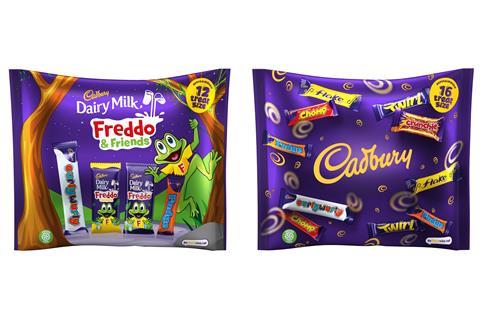 Mondelez is kicking off the Halloween confectionery launches with a duo of new treatsize bags joining existing seasonal lines.

The new treatsize bags – Cadbury and Freddo & Friends – both include an assortment of Cadbury chocolates.

Mondelez said Halloween was “a valuable earner”, and the new range would “help retailers get into to the spooky spirit and capitalise on the growing opportunity”.

The Halloween range will begin rolling out to the mults from this month.