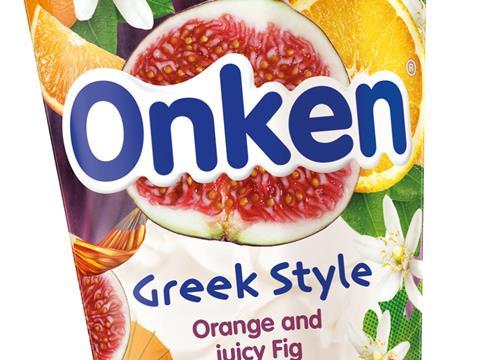 Onken is targeting younger shoppers with the launch of its first range of Greek-style yoghurt.

Available in a 450g big pot, the fruit-flavoured range comes in rhubarb & ginger, lemon & raspberry, apple & cinnamon and orange & fig variants, and will debut in Tesco stores on 20 April (rsp: £1.75).

“We identified a gap in the market for flavour combination Greek-style yoghurts for a younger market of shoppers,” said Onken brand manager Daisy Lewis.

Espresso Zero (rsp: £1.35/230ml), is the first coffee of its kind containing no lactose or added sugar, claims Emmi, and will be joined by a Mr Big Espresso (rsp: £1.99/ 370ml), containing three large shots of espresso.