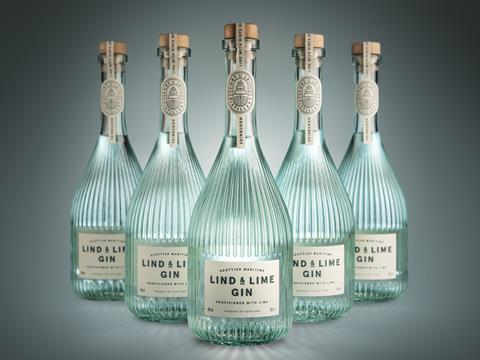 Fledgling Edinburgh distillery Port of Leith has launched its first drinks - and unveiled plans for a range of whiskies.

The brand, founded by ex-wine distributor Ian Stirling and his partner Paddy Fletcher, an ex-accountant, recently secured planning permission to build an £11m vertical distillery in Edinburgh, due to be completed in 2020. The first of its scotch whiskies will be ready for sale by 2023.

In the meantime, it has debuted Lind & Lime Gin (44%), distilled in a test facility near the site, and a sherry (17.5%) sourced from Andalusian producer Bodegas Barón.

The sherry, as well as being available to shoppers, would be used to season barrels for the brand’s upcoming whisky production, Stirling told The Grocer.

“Sherry plays such an important role in whisky production, yet nobody in whisky talks about it. They just quietly get their casks seasoned in Spain and ship them without ever referring to the producer and where they’re from.

“From very early on we thought it would fascinating to let people taste it, because we firmly intend to use sherry casks in our whisky.”

While the distillery, which will have a production capacity of 400,000 litres, is built, the brand would focus on “creating a library of new-make spirits and styles so that the day it opens we know where we want to go”, he said.

“We want to explore the opportunities with yeast and fermentation to find new characteristics and flavours that we can introduce into scotch whisky. We think there’s enormous potential there.”

Stirling added the brand, which is backed by numerous private investors, would look at opening further distilleries down the line, and had already begun looking at building a distribution network for its products.