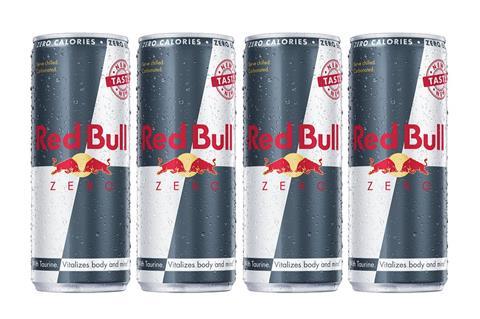 The drink, billed as delivering “a similar taste to the classic Red Bull Energy Drink” with no sugar – compared to Red Bull Sugarfree, which was designed to have a different taste from the original drink – will return to supermarket shelves after three years off the market.

The new version of the drink was “handy for intensive study sessions, a long day at work, or that all-important fitness workout”, said the brand. It rolls out this from.

The launch would be backed by in-store and out of home marketing, said Red Bull. It did not give an RSP.

Its former iteration was last seen on the shelves of the mults in early 2018, finally disappearing with the loss of its last listing, in Ocado, in April last year, according to Edge by Ascential data [52 w/e 9 April 2019].