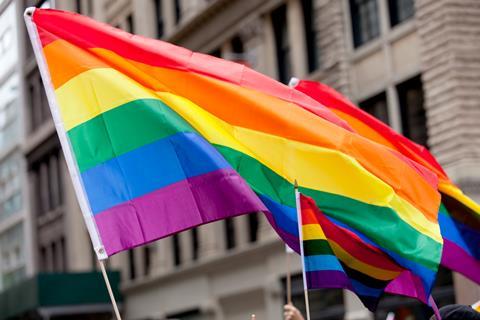 This comes as part of Sainsbury’s push to be the UK’s most inclusive retailer.

Sainsbury’s has launched a three-strong range of greetings cards to celebrate Pride, in what it claims is a “UK supermarket first”.

It has introduced the cards in 207 stores to coincide with local Pride events across the country as part of its push to be the UK’s most inclusive retailer.

The first stores stocking the range were those in Swansea, where Pride celebrations concluded with a parade through the city centre on 4 May 2019. The greetings cards will also be stocked in Sainsbury’s branches in Oxford from 17 May, Birmingham on 25 May and Manchester on 22 June, followed by London on 6 July, Bristol and Glasgow on 13 July, and Leeds on 4 August.

Sainsbury’s said it had a “long-running partnership with Pride” with around 2,000 of its employees attending Pride events each year.

“We’re delighted to be celebrating the diversity of both our colleagues and customers during this year’s Pride festivals,” said a Sainsbury’s spokesman. “As part of our vision to be the UK’s most inclusive retailer, it’s fitting that we’re the first UK supermarket to offer greetings cards for Pride.”