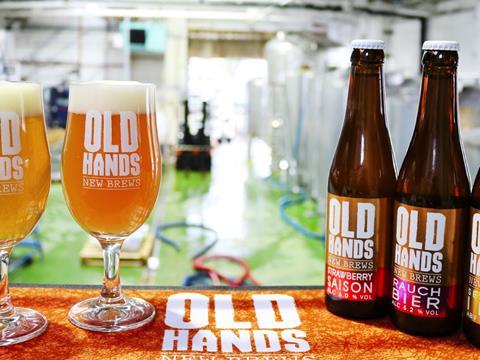 Available from next week in two formats - 330ml bottle and keg - the newcomer will be launched under the new moniker Old Hands. It comprises Strawberry Saison, Coconut Porter, a German-smoked Rauch Bier, a dry hopped Session IPA, and a double IPA called DIPA.

The range is completed by Hopfenweissen, which is hopped with Huell Melon to give it a ‘tropical twist’. The brewer, whose existing range is stocked with Waitrose, M&S and the Co-op, said the aim was to reach “a whole new audience” of younger craft beer drinkers.