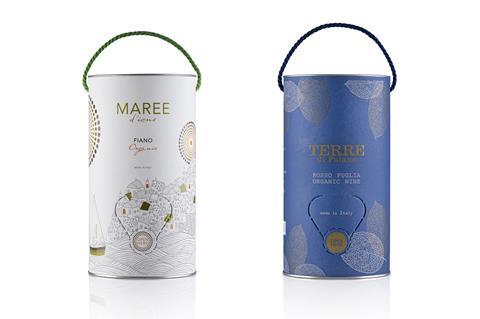 Waitrose has launched what it claims is the UK’s first supermarket wine in a tube.

The retailer has debuted a duo of 2.25-litre tubes from Italian winemaker Orion Wines, which are 100% recyclable and contain the equivalent of three regular bottles of wine.

The wines are: Maree d’lone Fiano (12.5% abv) – a Puglian wine with aromas of green apple, pear and almond – and Terre di Daiano Rosso (13.5% abv) – a blend of negroamaro, primitivo and cabernet sauvignon. Both are organic and vegan.

The former was “already popular” with Waitrose shoppers in a bottle format, said the retailer. The latter was a new addition to the range.

Waitrose has also added two new wines from bag-in-box supplier When in Rome to its offering, which were chosen – and endorsed – by TV presenter and wine writer Phillip Schofield.

“Having someone like Phillip on board to support the box wine category demonstrates the size of the opportunity we have in the market to educate consumers that there is another way to enjoy high-quality wine that doesn’t have to be bought in a bottle,” said When in Rome CEO Rob Malin.