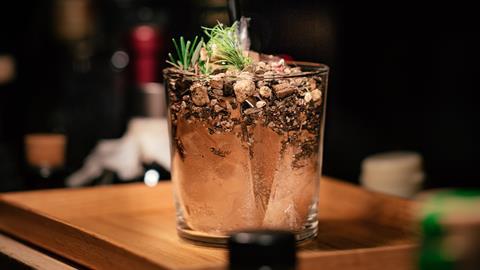 Watermelon vodka to ‘nitro’ cocktails: what’s coming in booze this May?

Every month The Grocer takes a deep dive into the hottest booze launches on their way to UK retailers’ shelves. This time around we’ve got a new flavour from Cîroc and (surprise, surprise) more canned wine. 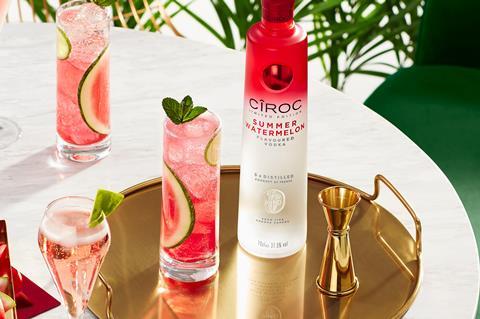 Diageo has boosted its insanely popular posh vodka brand Cîroc with yet another limited-edition flavour designed for summer cocktails (how many are there now?).

The latest addition (37.5% abv) comes in a bright red and white bottle. Diageo claims watermelon is one of “2019’s trending flavours” – vegans are touting ‘watermelon ham’ as an alternative to a proper roast, for instance.

It will roll out from 29 April (rsp: £39/70cl). Alternatively, it is already available for pre-order on Amazon, making it the latest in a series of Diageo releases to offer first dibs through the online giant. 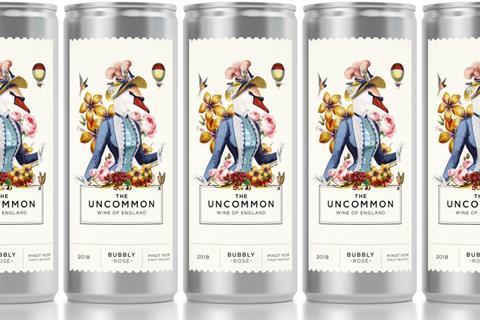 It wouldn’t be a Grocer NPD roundup without some canned wine. The Uncommon was the first English wine brand to launch into the format when it made its debut last year, and it has now unveiled its second vintage, with a “bubbly” white and new rosé variant.

The brand is unashamedly upmarket (the duo are launching exclusively into Selfridges at £4.99 and £5.99 respectively for a month before rolling into Waitrose from 20 May) and sells itself firmly on its sustainability credentials: the cans are 100% recyclable and lightweight, which it claims delivers “a carbon footprint that’s 80% lighter than glass and a solution to help combat oceanic wine wastage in the UK” – with the added bonus that less packaging means they chill faster for on-the-go consumption.

Elsewhere, this month saw the entrance of Barefoot into the canned wine market. That the E&J Gallo brand (currently the UK’s second-biggest wine brand) has taken such a punt on the format is a likely indicator of things to come.

And the timing is just right: wine has, for some time now, been the problem child of BWS, with volumes beginning to turn downwards and value sales kept in the black by price increases and premiumisation alone. Wine is long overdue some genuine innovation. Watch this space. 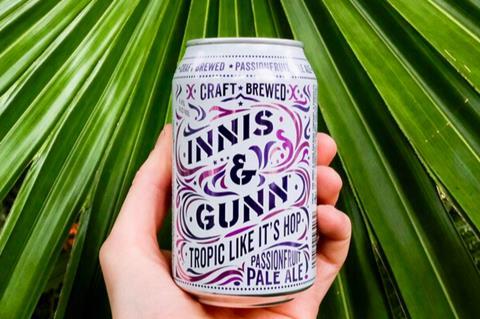 The latest launch from Scottish craft beer stalwarts Innis & Gunn, Tropic Like It’s Hop is a 4.4% passionfruit pale ale made with Mosaic and Citra hops.

The brand calls it “a crisp, refreshing pale ale” that’s “brimming with tropical character”. It hit Morrisons this month and will roll into Asda from mid-May (rsp: £1.80/330ml).

It comes as Innis & Gunn has announced plans to build a massive new 400,000 hectolitre brewery in Edinburgh, which it says would create up to 30 new jobs. Its current brewery in Perthshire will then be used to focus on small-scale experimentation and limited-edition barrel-aged beers. 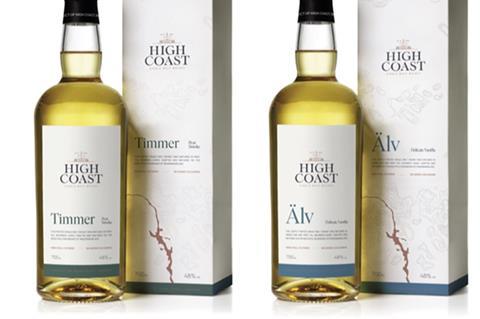 The distillery itself is one of the world’s most northernmost, and sits on the north-east coast of Sweden, on the banks of the Ångermanälven river in a building that once housed the power plant for a wooden box factory.

Berry Bros & Rudd spirits buyer Doug McIvor said: “I have been following the emergence of High Coast over the past few years after tasting new make spirit from the distillery a while back.

“My thoughts on tasting the spirit back then were that this was a world-beating whisky for the future. Everything I’ve tasted from High Coast since then has confirmed this to be true.”

The four-strong range consists of a mixture of peated and non-peated drams, including the exclusive ‘Projekt 63’ – a whisky aged for 63 months in 63-litre first-fill bourbon casks on the 65th parallel, 63 decimetres above ground. A PX sherry cask whisky will join the range in September (rsp: £50-£110/70cl). 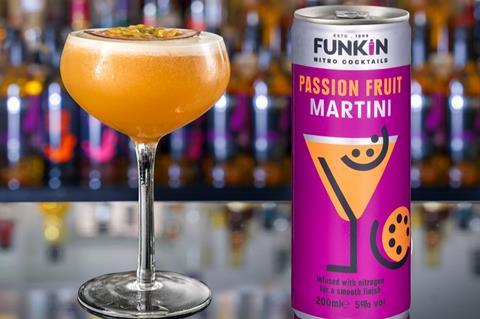 RTD stalwart Funkin has added a new range of ‘nitro cocktails’ that are infused with nitrogen – which it claims gives them a ‘smooth finish’. It covers four supremely trendy cocktails (all 5% abv): Espresso Martini, Passion Fruit Martini, Amaretto Sour and Gin Fizz, due to hit Asda and Sainsbury’s in the lead-up to summer (rsp: £2.29/200ml).

The brand says it wants to “deliver bar-quality serves in a convenient format” as Brits’ love of posh cocktails surges.

And it certainly isn’t the only one investing in improving the ‘experiential’ element of its RTDs: Pernod Ricard claims its Kahlúa Espresso Martini cans, which rolled out last August, were the first to utilise nitrogen in this way.

In any case, given the traction upmarket RTDs have gained over the past year, we wouldn’t be surprised to see further investment from big brands into making on-the-go boozing feel a bit more special. 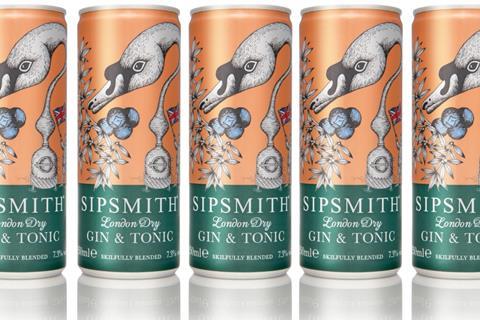 Speak of the devil: Sipsmith is moving into canned premixes for the first time. The insanely popular craft gin brand is launching two SKUs, a London Dry gin & tonic and a lighter variant for the more health-conscious of drinkers (both 7.3% abv).

They have launched into Ocado and The Co-op, and will be making their debut in Tesco and Waitrose from early May. 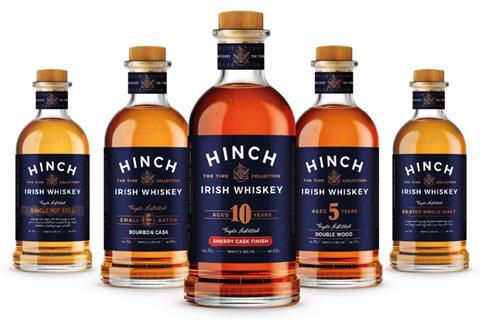 Jameson may still absolutely dominate the Irish whiskey market, but past years have seen a steady trickle of fledgling craft brands begin to make headway.

The latest, Hinch Distillery, has just signed a distribution deal with Marussia Beverages UK, which will see its drinks become available to the UK on and off-trade for the first time.

Its range includes five whiskeys, including 5yo and 10yo variants, aged in a variety of casks and one peated Irish single malt, as well as a ‘Ninth Wave’ small batch gin.