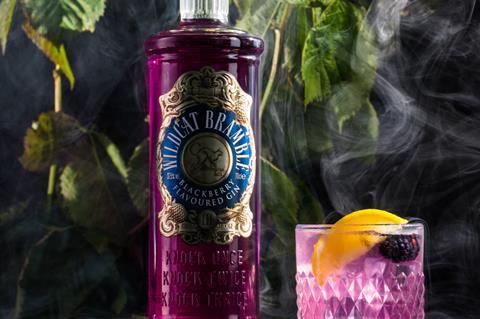 It will be available in Tesco, backed by a push that invites shoppers to “help break this curse” - referring to the legend that brambles cannot be consumed after 29 September without fear of reprisal from the devil.

The new gin is the supplier’s latest move to stem its ongoing sales decline in grocery and attract younger shoppers. It lost 7.5% of its value over the past year to become worth £65.5m [Nielsen 52 w/e 20 April 2019].

This was preceded last year by Wildcat Gin, to cash in on the gin craze, and The Woodsman, a blended Scotch without traditional category cues – designed to appeal to young adults.