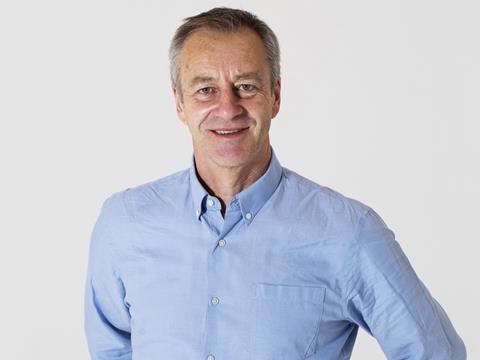 Mike Hodgson, co-founder of The Collective, has died after suffering a cardiac arrest while cycling in the Lake District.

He never regained consciousness and passed away on 14 August with his wife Sara, their three children and his brothers by his bedside.

His funeral will take place on Thursday 27 August near his family home in Keswick, Cumbria. The family have requested no flowers and asked that donations in his memory be made to the Great North Air Ambulance.

Hodgson, 57, started his career with the retailer British Home Stores before moving into the food industry in 1978 with Wander Foods.

After joining Mars he spent 15 years at St Ivel (Uniq) where he rose to MD of Greencore Prepared Foods, a position he held from 2002 to 2005. He then travelled the world with his family before buying a hotel and restaurant, the Langstrath Inn in the Lake District, which ran to much acclaim.

He joined the Gü Puds team as MD in 2007 to help former St Ivel colleague and Gü founder James Averdieck. He played a significant role in Gü’s growth and its sale to Noble Foods in 2010, and Averdieck paid tribute to Hodgson this week.

“Mike was an inspiring leader and had a fantastic track record of success in chilled foods. I always felt he had the Midas touch and if I ever had an intractable problem, I would take it to Mike. He was well-liked by colleagues, customers and even competitors and will be deeply missed.”

In 2011, Hodgson and Amelia Harvey, the former commercial director at Gü Puds, formed a joint venture with Ofer Shenhav and Angus Allan, two food entrepreneurs from New Zealand, to launch their yoghurt brand The Collective in the UK.

In a statement, The Collective said: “Mike had an enormous sense of fun, loved the outdoors and big sporting adventures, but was equally enthusiastic at growing and driving a brand forward to stardom and was hugely respected by the City and trade alike. We would ask at this incredibly sad time for your thoughts to be with the Hodgson family.”