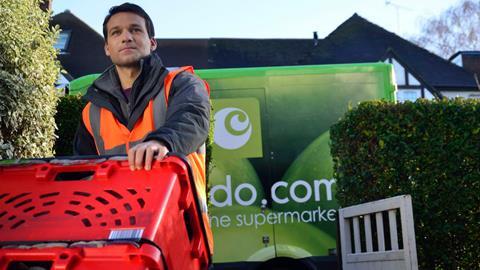 Analysts are split over the news Ocado and M&S are in talks about a joint UK venture. While there seems to be consensus that it’s good news for Ocado, not everyone is so sure about M&S. Ocado’s share price rose 10% following the confirmation of the talks from both retailers this morning.

Here’s what the experts say about the potential venture:

Sophie Lund-Yates, equity analyst at Hargreaves Lansdown, said the news would have comes as a relief to investors after Ocado’s automated Andover warehouse was destroyed in a fire earlier this month.

“The accident sent shockwaves through the share price, because Ocado’s future rests on its ability to sign deals to build robotic warehouses for other retailers,” she said.

“Ocado’s current share price is still lofty, and that means investors are expecting big things, considering the group is yet to make a meaningful profit – hopes are pinned on some impressive revenue growth in the medium term.

“So to hear M&S is sniffing around is welcome news indeed, and if an agreement is announced, it would be a real boost for the group. Ocado still offers an exciting and unique product, which should mean the future’s bright.”

But Thomas Brereton, retail analyst for GlobalData, warned any tie-up would not help turn around M&S’s food divisions and said it would be wrong for the upmarket supermarket to think it could copy the success of existing Ocado partner Waitrose. “Although a partnership between M&S Food and UK grocery’s tech wunderkind Ocado may seem like a step in the right direction, this attempt to rapidly gain momentum in the online market may be a misstep with short-term gains potentially outweighed by a long-term deterioration of brand awareness online.”

He said it was an “understandable jump for M&S to want to join forces with Ocado.

“In doing so, M&S might hope to simultaneously take a large slice of the online pie in one swoop, and putting a tick in the ‘digital first’ box, having a tech-savvy ally in its back pocket, as well as damming one of Waitrose’s revenue streams by removing it as Ocado’s predominant supplier.”

But he added: “It would be the wrong tactic for M&S to try to emulate Waitrose’s success through using Ocado as a stepping stone; the Ocado-Waitrose partnership began over a decade ago during the infancy of online food delivery, and M&S is now looking for a foothold in a much more evolved online market.”

Bruno Monteyne, senior analyst at Bernstein, said the retailers could be rushing to meet a deadline of 1 March to trigger an 18-month break clause with Waitrose for that supply deal to end in 2020.

He said reports of a 50/50 split between the retailers in a new joint venture, which emerged this morning in the London Evening Standard, made “a lot of sense” for Ocado’s efforts to strike more deals supplying its automated customer fulfilment centre technology to retailers internationally.

“It is too early to lose their retail business as it is an essential and unbeatable part of the sales pitch to global customers. (i.e. they are not just selling you some hardware/software, they operate it very successfully in the most competitive grocery ecommerce market in the world).

“As a joint venture it would also avoid legal complications from other existing Ocado partners (Morrisons and Waitrose).”

Monteyne also said M&S’s range could be a good match for Ocado’s new one-hour delivery service, called Zoom, which is due to launch in west London next month. “Ocado Zoom could be a major growth path for Ocado. We believe the food of M&S (ready meals, quality food) is perfectly suited for this more upmarket convenience shopping. M&S would boost the potential of Zoom in the UK.”

Catherine Shuttleworth, CEO at shopper marketing agency Savvy, said the news showed there were “still interesting deals to be done in the food retail sector.

“Convenience is the number one driver of customer choice and M&S must deliver an executable solution to growing their food brand particularly in London and the south east that fits with younger consumers and modern lifestyles.”

Both Ocado and M&S have said there is no certainty an agreement will be reached in the discussions.