Amazon Fresh: what the analysts say 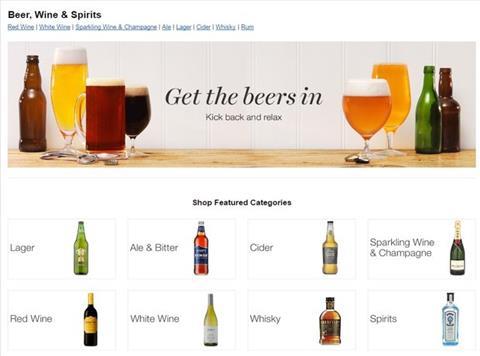 Amazon launched its much-anticipated grocery delivery service in the UK today. Reaction has been largely positive, as analysts and industry insiders forecast established UK players will have a fight on their hands.

Independent analyst Nick Bubb says the combination of fast delivery and fresh food from local specialists will make AmazonFresh “an attractive proposition” and a “significant challenge” to Ocado. “The massive range is certainly impressive and delivery slots are bookable on a one hour basis, which is very punchy,” he says.

Phil Dorrell of Retail Remedy said the trial didn’t pose an “initial threat” to the big four. But he warned that could all change. “If they get it right in high-density metropolitan areas this could be something that’s a threat where you have a high usage of Amazon. This could take away some fresh trade from the big four.” This was likely to affect online shopping rather than convenience missions, though. “In our view, there is still a whole group of people who never shop online and who will go to the convenience stores,” he said.

Bernstein, however, was more sceptical. It forecast that Amazon would be the fastest-growing food retailer in the UK and said the delivery options looked “attractive on face value”. But it also forecast problems – pointing out that Tesco’s £5 monthly charge for deliveries undercut Amazon’s fee of £6.99. It added that Amazon would use third-party drivers, which was “slightly at odds with a high-quality delivery offer”. “When delivering food, having some knowledge of the food, the substitutions is key; it is not clear if and how Amazon will train these drivers,” they said.

HSBC also flagged potential problems with the price. ”The surprise to us is the additional £6.99 monthly fee to be charged after an initial 30-day free trial,” said analyst David McCarthy. “This charge will be a deterrent in our view to consumers who have already signed up for delivery passes with Tesco, Ocado etc. We see no reason for most consumers to run multiple passes and with a degree of inertia (consumers are creatures of habit) there has to be some incentive to get customers to switch.”