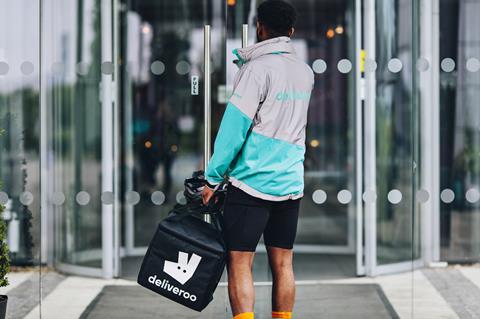 The Competition & Markets Authority has provisionally cleared Amazon’s investment in Deliveroo after being told the food courier company could go bust without it.

The impact of coronavirus has caused a “significant decline in revenues” for Deliveroo due to the closure of several of the most popular restaurants on the platform.

Recent expansion into convenience groceries – through the likes of McColl’s and M&S Food BP stations – has generated only limited sales and has not made up for the losses from Deliveroo’s restaurants business, the CMA said.

Deliveroo went to the CMA with evidence from its financial advisers showing that the impact of the pandemic “meant that it would fail financially and exit the market without the Amazon investment”.

The CMA said “Deliveroo’s exit from the market would be inevitable without access to significant additional funding”, which would be difficult to come by due to the coronavirus crisis.

“While securing additional funding from other sources may have been possible before the coronavirus outbreak, the pandemic has severely limited the availability of finance for early-stage businesses such as Deliveroo,” the CMA said.

Faced with the prospect of Deliveroo leaving the market, and the impact of that on competition, the CMA provisionally cleared the deal.

“Without additional investment, which we currently think is only realistically available from Amazon, it’s clear that Deliveroo would not be able to meet its financial commitments and would have to exit the market,” said Stuart McIntosh, chair of the CMA’s independent inquiry group.

“This could mean that some customers are cut off from online food delivery altogether, with others facing higher prices or a reduction in service quality. Faced with that stark outcome, we feel the best course of action is to provisionally clear Amazon’s investment in Deliveroo,” McIntosh added.

Amazon led a £450m fundraising round in Deliveroo in May last year.

The CMA served an enforcement order two months later, on grounds the two companies had “ceased to be distinct” as a result.

It referred the deal for an in-depth investigation just after Christmas.

The authority said it had considered the new evidence about Deliveroo’s financial woes “as a matter of urgency”.

“These wholly unprecedented circumstances have meant reassessing the focus of this investigation, reacting quickly to the impact of the coronavirus and deciding what it would mean for the businesses involved in this transaction and, in turn, for customers,” McIntosh added.

The CMA is accepting views on the provisional findings until next month, and will make a final decision on the deal by 11 June.