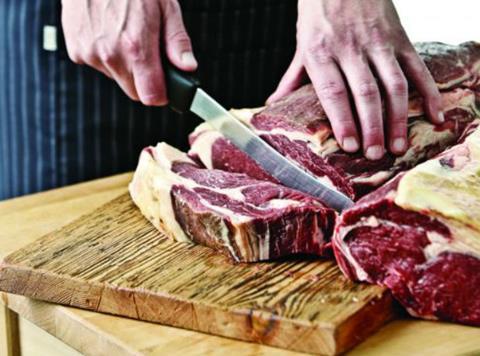 Danish Crown is aiming to boost its £550m trade with China by listing its products on the country’s number one online marketplace.

The pork exporter will start selling on Alibaba this week in a bid to appeal to the site’s 466 million annual active consumers.

The launch will be marked by a three-day marketing campaign on Tmall, Alibaba’s largest site, to promote Danish food and products including the Danish Crown brand.

The meat will initially be picked, processed and packed at Danish Crown’s domestic facility in Ringsted, which will set aside the meat of over 1,000 Danish pigs for Alibaba customers in time for Chinese New Year in February.

The brand hopes to step up production by opening a factory in China by spring 2019.

China is already an important market for Danish Crown, which exported more than 260,000 tonnes of pork to the country last year - generating a turnover of about €600m (£550m).

Danish Crown added that the market for processed and packed meat in China was “growing rapidly”.

“Partnering with Tmall has enormous potential for Danish Crown,” said Danish Crown Group CEO Jais Valeur. “Chinese consumers are buying much more of their food online than anywhere else in the world.

By selling our products through Alibaba’s e-marketplace, we get access to a vast sales platform and ensure that Danish Crown can become a pork provider of choice for the growing Chinese middle class.”