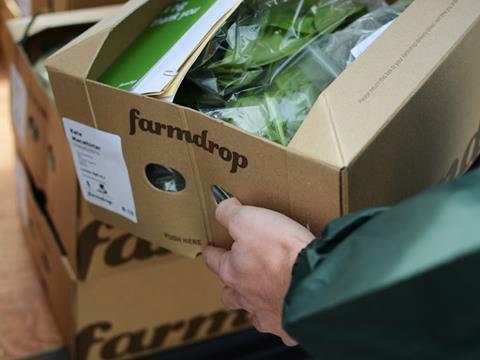 Farmdrop has expanded to Bristol and Bath, adding 170 local producers to its grocery network.

The ethically focused online retailer will source local produce within a 100-mile radius of the two cities.

“Since founding Farmdrop in London in 2014, we’ve had our eye on expanding beyond the capital, and the south west has always felt like the natural place for us to go next. People in Bristol and Bath are passionate about both knowing where their food comes from and supporting their local farmers, as they are situated right in the heart of the UK’s farming industry,” said Farmdrop co-founder Ben Pugh.

“At Farmdrop, we don’t only provide locally sourced food; we ensure that the food we deliver is ethically produced and delivered. We are on a mission to fix the food chain and show people in Bristol and Bath that there is a better alternative to supermarkets that is convenient and good value for money.”

Local Farmdrop supplier Luke Hassel added: “We love the ethos of Farmdrop. It’s all about linking great producers directly with their local customers. I think it’s fantastic that Farmdrop is now open in Bristol and Bath. People here are incredibly passionate about their food and we are spoilt in terms of the quality of local food producers. I hope it thrives here and I think it will.”

This latest move is part of a wider expansion plan.

“From inception, Farmdrop was always intended to become a UK-wide phenomenon, so this marks the first real step in that,” Pugh told The Grocer.

The company plans to roll out 20 operating hubs over the next three years, with the goal of doubling its £3m revenue within the next six months.

Pugh added that Farmdrop marked itself apart from larger retailers such as Amazon Fresh. “For producers we’re a completely different proposition in terms of providing 75% of the retail price, which is on average what all our fresh producers receive.