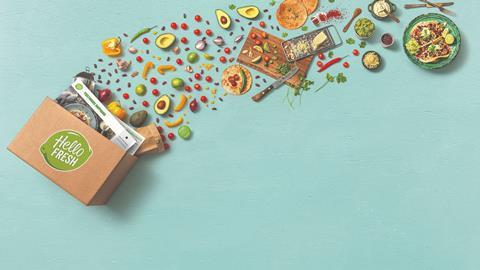 Expert Q&A: how big can direct-to-consumer businesses actually get?

Direct-to-consumer businesses are not a brand new concept in fmcg. Nespresso has been trading since 1986 and mail-order ‘clubs’ like The Wine Society have been around even longer. But recently there has been an explosion in the number of disruptive new brands entering the UK DTC market, such as Dollar Shave Club and Naked Wines. And even more recently the big players have got in on the action with Nestlé’s purchase of Tails.com in May last year and Unilever snapping up Graze last month for £150m.

But does all the interest in DTC convert to cash? Who’s doing it well? And why have big companies been so slow on the uptake? During The Grocer Conference we quizzed an expert panel from different areas of the DTC world to find out. 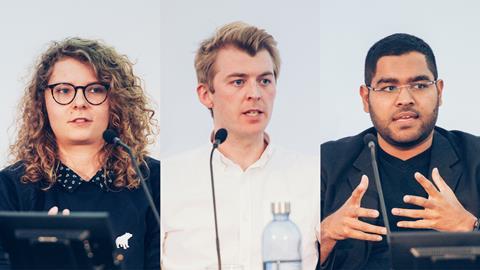 Our panellists (left to right)

Oliver Bridge: For me, a company that is doing well has a profitable model. There are plenty of businesses that have raised a tonne of funding but have built a completely unviable model that has subsequently collapsed. The ones that jump to mind are the online mattress retailers. Eve Sleep and Simba between them raised £150m to £200m in capital and neither of them has ever generated £1 of profit. Eve’s share price is down 90% from their floatation point and Simba’s headline valuation is down 80% to 90% on their last fundraise. Investors have woken up to the fact that DTC in mattresses is completely unviable and the numbers don’t stack up.

People that seem to have done well are companies like Tails.com, which seems to have a really viable model where it supplies generic dog food with a personalisation layer on top where, in theory, it’s tailored to your dog. They’re then able to charge a premium brand price point on top of that. They’ve also moved very quickly and executed really well, so they’ve stayed ahead of the competition from Pier Group and the big pet players who didn’t get into digital quickly enough. Their cost price is very low so that model stacks up.

How do you make the product-level economics work for a product that you can buy at a supermarket for under £10?

Imteaz Ahamed: We’re really interested in finding our super-loyalists – people that will go onto our website, read the content, look at our videos and eventually get to a product page. Then we ask how do we get that person to convert, and then how do we get them to convert and we still make money? A lot of the tactics we’ve deployed on the site include upselling and cross-selling people into different categories to get a basket big enough to be profitable.

Do you think recipe box delivery companies like Gousto and Hello Fresh will ever make money?

Oliver Bridge: One of the arguments from those companies is that when they reach critical mass they’ll be able to make money because their gross profit will more than cover their high fixed overheads. Blue Apron in the US had extremely fast growth powered by venture capital money and subsequently had a huge collapse, and was nearly delisted from the New York Stock Exchange because its share price dropped below $1 – they’re at critical mass. They’re doing £200m-plus turnover and if you’re not at critical mass as an online retailer with that kind of revenue, are you ever going to be? To be completely honest, I think companies like Gousto and Hello Fresh will fall into the same category as the mattress companies.

Would you ever consider selling through Amazon?

Pollyanna Ward: No. It will have the same problems as selling through a supermarket and I’d have to give up a bit of margin. For me it’s important when the product comes through the door that it comes from me. If it came through Amazon, it would have the Amazon packaging – you lose the brand experience. I’ve seen brands come up with quirky ways to get around it, like putting a sticker over the Amazon logo at the last minute before it gets to the customer, and it all sounds messy. The surprise and delight element that I’m focused on doesn’t work.

Would you ever go into grocery?

Oliver Bridge: One of the reasons DTC is so successful is the proximity to the customer and an ability to reiterate brand touchpoints so instantly. The brand is immediately more relevant and you get real-time social media feedback, click data on the site, sales data, customer service inquiries to feed into your packaging, website, customer service and social media. Whereas the cycle in a retailer is so much slower. As soon as we move into retail we have to lock in messaging, positioning and claims for long sell-through periods.

Do you fear that a bigger player with deeper pockets will take you out of the market?

Imteaz Ahamed: Smaller companies like Oliver’s can make a business decision in a day – the rest of us, including P&G and Unilever, have a cycle of about 15 to 20 days for a business decision. So, in a year, Oliver can make 365 decisions that can impact his business and a traditional fmcg can only make 20 or 30 – and that’s if we’re really good. Oliver has exactly the same product as everybody else in the market but he can iterate 30 times faster than everyone else. So simply on pace, you can outperform bigger competitors.

What’s the next big thing in DTC?

Imteaz Ahamed: Every company and brand needs to find out how they’re going to work in the fourth generation of retail – where offline and online retail merges, like what is currently happening in China. We have GDPR and privacy concerns in the west, so mapping out how we’re going to progress in omnichannel and DTC is slower than China, but that’s where we need to look from an inspiration point of view.

Pollyanna Ward: What we’ll start to see is DTC companies advertising on broadcast channels. When you start to see brands like Dollar Shave Club going into TV, that’s when you know they’ve run out of inventory online and need to go offline. I’d assume from a media perspective you’ll see more offline media channels from DTC. I’m also hoping to see more of an education around DTC – there’s far too much get rich quick, drop shipping. I know someone who has bought a lot of product from China, put it in an Amazon warehouse, paid for Facebook ads and then lets it go. So I think we’ll get more novelty sock start-ups, but with a bit of education we’ll get people building more sustainable businesses.

Oliver Bridge: I think the next big wave will be established fmcg brands figuring out DTC. There’s a whole universe of small companies springing up left, right and centre and it’s hard for big brands to fight back because they’re no longer going head to head with one big competitor, but you’re being chipped away at by 10,000 different speciality startups. The challenge is trying to work out how not to piss off the supermarkets and in a way that’s not margin-dilutive.