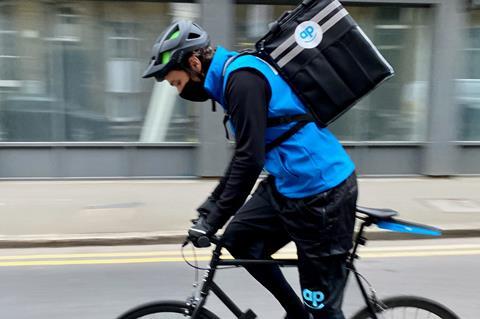 The company is now making deliveries in four boroughs, in central and north east London

The company – founded by couple Alexandra Journeau and Romain Carrot – launched in stealth mode last summer, but is now making deliveries in four boroughs, in central and north east London.

“We wanted to nail down the operations,” CEO Journeau told The Grocer. “You either grow fast but don’t take time to standardise your operations, or you lay down your operations first and make sure the model is really viable and repeatable. We have that now, and we are ready to expand.”

Further dark distribution hubs will be established in other areas of London next month. New locations will be underserved by convenience stores and supermarkets and with a high density of demographics Asap has identified as “power users”. Further expansion into other European cities will come soon.

“We are not taking the same approach,” Journeau explained. “Most of them, almost all of them, are going after the grocery market. We’re focused on the convenience market. And the type of products we stock are not necessary ones that need to be locally sourced.”

Alongside the 1,000 SKUs offered on the app, Asap also sells board games, video games and accessories.

“We are going back to the true definition of convenience: it saves the day, is easy to use and makes life comfortable. I think this last part has been ignored for too long,” Carrot said.

“That’s why we’re challenging the status quo of the market mostly focused on grocery top-ups, by specialising in comfort and spontaneous experiences. It’s the whole concept of living in the moment,” he added.

Rapid grocery has seen a flood of funding this year alone – with recent funding rounds pushing Getir and Gorillas to $1bn-plus ‘unicorn’ valuations.

While not disclosing how the company is funded, Journeau said the company turned down approaches from investors last year, who have since invested in Dija and Weezy.

“We are more focused on the consistency of our delivery times rather than overpromising something not sustainable in the long run. At the end of the day, what matters is the offer and reliability of the service,” Journeau said.