The pension legislation changes for which grocery businesses need to prepare 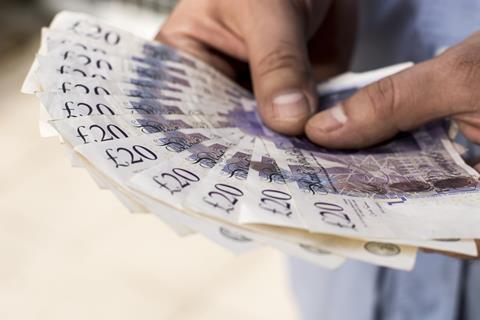 Boris Johnson’s indication that his government will deliver its first Queen’s Speech on 14 October has ramped up speculation that we could see a whole raft of new legislation announced ahead of Brexit.

The announcement is the latest sign for the grocery sector that we could see the long-promised new Pensions Bill finally making its appearance. This has been on the cards since March last year, when the government followed up on its manifesto promises by publishing a White Paper that outlined ways to improve regulation and introduce a tougher approach to those who make “irresponsible decisions” concerning their defined benefit (ie salary-related) pension scheme. This was matched by a consultation launched by the Department for Business, Energy & Industrial Strategy that same month, on insolvency and corporate governance. These pension schemes have attracted a huge amount of attention in the grocery sector as the sector continues to suffer and schemes face funding shortfalls.

The bill will set out legislation to strengthen the powers of the Pensions Regulator and increase the penalties and sanctions it can impose – including criminal offences. In practice, it will mean retailers and other businesses in the grocery sector have to notify the Pensions Regulator when they undertake either of two corporate events.

First, the sale of a material part of the business of any company participating in a defined benefit scheme that has funding responsibility for at least 20% of its liabilities. Second, the granting of security giving priority over the pension scheme as a creditor (usually, any security will do this). The employer or its parent company will have to issue a ‘declaration of intent’ to trustees and the Pensions Regulator ahead of this event. The Pensions Regulator will police what is then done.

The aim of this declaration is to open the door to negotiation with the trustees before it is too late, to discuss how the pension scheme can be supported after a transaction.

The Pensions Regulator will have a number of weapons to deter wrongdoing, including further increased investigatory powers and civil penalties of up to £1m when, for example, a retailer fails to issue a declaration of intent or flag an event. Allied to this will be new criminal offences, punishable by fines or imprisonment, for wilful or reckless behaviour in relation to a pension scheme or failure to comply with a contribution notice (a notice from the Pensions Regulator that can require any company in a global group to pay money into a UK defined benefit scheme) – and the bill extends still further the circumstances in which the regulator can issue such a notice.

The idea of the further legislation is to push for a new relationship between businesses and their pension trustees. No longer can they keep trustees at arm’s length; it is crucial companies adopt an approach of engaging with trustees as soon as they can.