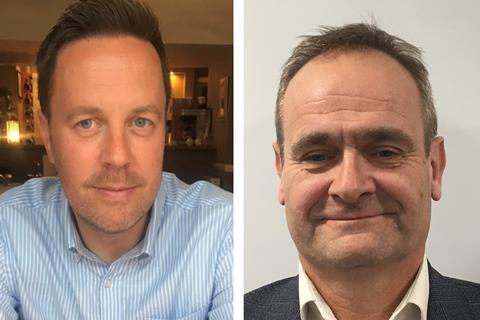 Müller Yogurt & Desserts has restructured its top team by creating two dedicated senior roles to drive growth in its branded and own label businesses.

Müller said Piper would lead a customer-centric sales team with overall responsibility for its branded yoghurt and dessert activity in the UK & Ireland. Prior to his work with Hovis, Piper held a similar role at Kellogg’s and spent three years within Müller as sales director for Ireland and business unit head. He has also held various sales roles with Coca-Cola European Partners and Mars Petcare.

Hollins has almost three decades of experience working within dairy. He spent 12 years with Lactalis and Lactalis Nestlé before joining Müller in 2012, where he created the own label yoghurt and dessert business that completed a £50m expansion earlier this year.

The pair replace former commercial director Bill Mathieson, who will leave the business in January to join produce supplier Greenyard Fresh UK as its new MD.

“Müller is long established as the nation’s favourite yoghurt brand and we’ve now completed a substantial investment in Telford to enable us to make an additional 500 million pots of yogurt per annum, to meet the growing needs of the branded and private label yogurt sector,” said Bergen Merey, MD at Müller Yogurt & Desserts.

“The creation of these two senior roles will align our commercial organisation with the rapidly changing needs of the markets we serve,” he added. “We look forward to welcoming Jon and David to their new roles, and thank Bill for his significant contribution over the last six years.”