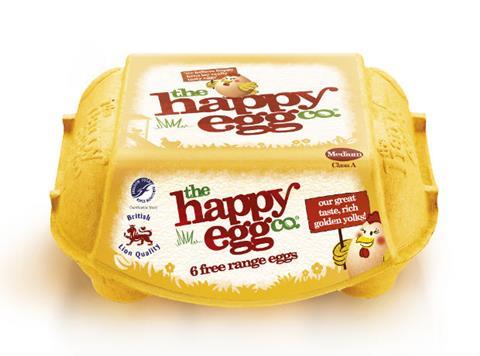 Gildersleeve, who took up his new role today (1 September), is a former trading director at Tesco and spent 20 years on the retailer’s board.

He is currently chairman of property company British Land and deputy chairman of TalkTalk Telecom, and previously sat as chairman of New Look and Carphone Warehouse. He has also held non-executive directorships with the likes of Vodafone Group, Lloyds TSB and Dixons Carphone.

Gildersleeve’s appointment follows a board-level restructure at Noble designed to support its long-term ambitions in the UK and overseas, which has also seen the supplier recently appoint Tim Morris as company secretary and Dale Burnett as CEO. Previous chairman and co-founder Peter Dean stood down earlier this summer.

“I’ve been watching Noble Foods Group’s growth from a distance and have always been impressed that a company of its size and stature has retained its entrepreneurial and innovative edge,” said Gildersleeve, who will be tasked with overseeing an ambitious growth strategy for diversification and acquisition.

“As the first fully integrated egg business, Noble has demonstrated extraordinary skills,” he added. “These range from its core strength in the commodity egg market through to creating the UK’s first national egg brand, the Happy Egg Co, and latterly its successful integration of the iconic dessert brand Gü into its portfolio. I’m delighted to be joining the team.”

The appointment of Gildersleeve came at a “key time” for Noble as it sought to “accelerate the business”, added CEO Burnett. “His knowledge of the retail sector and long-term experience with national and international brands will be invaluable in helping us deliver our strategy for growth.”