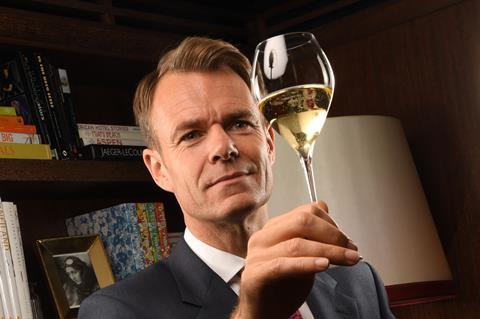 Beavis has spent 20 years at the company

Paul Beavis is to step down as UK & North America MD at Champagne Lanson in December to “explore new opportunities”.

Beavis has spent 20 years at Champagne Lanson, during which he oversaw the extension of Lanson’s exclusive partnership with the All England Lawn Tennis & Croquet Club, maintained the brand’s Royal Warrant and formed exclusive partnerships with the O2 Arena and other sporting associations.

Champagne Lanson president François Van Aal said Beavis had been “instrumental in reinvigorating the brand” and its “key partners and sponsorships in the UK”.

He added that Beavis was leaving the company in “a commanding position” for which it was “truly grateful”.

Beavis said he was “immensely proud” of the partnerships and relationships forged over the past two decades and that he would be leaving them in the “capable hands” of his successor.

Champagne Lanson said it was unable to provide further information regarding Beavis’ successor at this time.