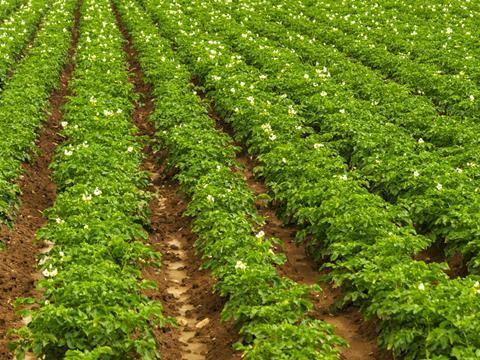 Jobs could be under threat at a Kent-based potato packing facility run by Produce Investments after a change in terms with one of its key supermarket customers.

The supplier, which owns potato brand GreenVale, said today (8 October) it had entered a 45-day consultation period with staff working at its Kent Potato Company site in St Nicholas-at-Wade.

The potential closure of the site comes less than a month after the Kent Potato Company announced it had almost doubled sales in Lidl with its Amber salad potatoes, and means potato packing operations could be shifted to sites in Cambridgeshire and Scotland following a projected loss of volume from a “core retail customer”, said Produce Investments CEO Angus Armstrong. He did not name the customer involved.

Speaking as the company announced its full-year results, Armstrong added the supplier had been “working closely” with the retailer to create a supply chain model that was “more closely aligned to the prevailing market conditions in any given season”.

As a result of this new arrangement, Armstrong warned he expected a reduction as of July 2016 from around 40% to a minimum of 25% of the customer’s core retail volume of potatoes - meaning the Kent facility could be surplus to requirements.

“While this reduction in volume is clearly a disappointment, we are pleased that we have been awarded a three-year agreement at a fixed margin and this is a major step forward for the business, reducing the impact of crop value fluctuations on company performance,” he said.

The group had retained 100% of the customer’s organic supply, added Armstrong, and had also increased its supply of Jersey Royal potatoes for the 2016 season onwards to 100%.

Separately, Armstrong warned the company’s flagship GreenVale brand of potatoes was at risk of being delisted in one core customer “irrespective of its outstanding performance”, and added the “changing retail environment” would “no doubt continue to create an even more competitive marketplace with the pace of change not expected to abate”.

The company also announced today that a metal contamination scare at Telford-based subsidiary Swancote Foods in May could cost the company up to £1.5m in the next financial year.

Armstrong added the company had continued to invest in its sites to improve efficiencies and facilitate the closure of its Tern Hill packaging plant in Shropshire last year - with total capital expenditure standing at £5.8m compared with £6.5m last year.

“This realignment of our total operational capacities and the resultant improvement in operating efficiencies should ensure the group remains competitive for the future,” he said.

Chairman Barrie Clapham said the supplier’s best estimates for the current year’s crop indicated average yields and a reasonable quality. “We also expect the retail environment to remain fiercely competitive as the market continues to evolve with continued competition from the discounters, and ever-changing consumer shopping habits.”