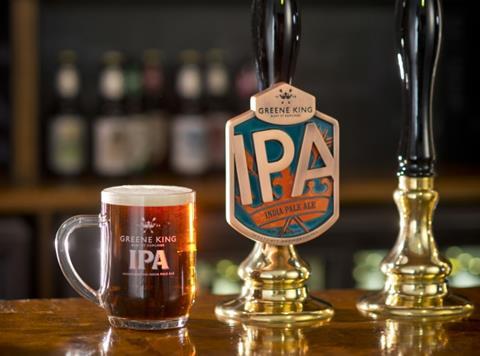 Smothers previously worked for Mothercare plc as CFO, having also held a number of senior finance roles at Tesco.

“He is a great addition to the executive team as we seek to become Britain’s best pub company and to continue to deliver long-term growth and value to shareholders,” said Greene King CEO Rooney Anand.

He takes up the role from Kirk Davis, who will depart in late January 2018 to join The Restaurant Group as CFO.

It comes as the group in June posted a 6.9% rise in annual revenues to a record high of £2.22bn for the year ending 30 April 2017, which it said was driven by “good performance from the underlying business” and the additional seven weeks of Spirit trading in comparison with last year. Indeed, its EBITDA topped £500m for the first time in its history, hitting £524.1m - up 5.5% on the previous year.