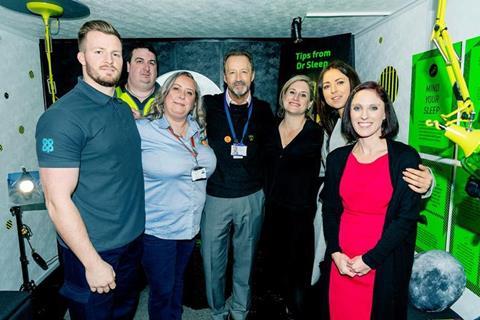 Co-op is calling upon retailers and policymakers to address the deteriorating physical and mental health of night shift workers caused by chronic sleep disruption.

The convenience retailer launched the manifesto in Parliament today after ONS figures revealed there were now seven million people in the nocturnal workforce.

It said it hoped organisations would demonstrate a duty of care for such workers who were known to be at greater risk of developing heart disease, diabetes, cancer, gastrointestinal disorders, obesity and depression due to their working hours.

“Sleep is something that unites us all,” said Co-op supply chain and logistics director Andy Perry. “We all need it and we all know how terrible we can feel without enough of it.

“Yet whilst our round-the-clock culture is propped up by a growing number of people who work through the night, their contribution to society goes largely ignored.”

Recent Co-op research shows that night shift workers who admit to feeling like the forgotten or invisible workforce are twice as likely to miss out on key family events.

It also showed one in three were getting less than five hours sleep a night, in comparison to one in six daytime workers.

In partnership with the Wellcome Trust and Liminal Space, however, last year the Co-op rolled out its sleep engagement programme Night Club to its 8,000-strong logistics workforce.

It laid out the five ‘Rs’ template in a bid address the wider health and social issues that are being created by the move towards a 24-hour society. They are:

The retailer also said eventually companies would and should be held legally responsible for the consequences of night work unless mitigating action is taken.

“It is essential that we, as employers, do everything in our power to establish a recognised framework of best practice which places the interests of night shift workers at its heart and that policy is put in place to protect their physical and mental health,” continued Perry.

“We are delighted to be launching this new manifesto and we hope that it forms the basis of a movement which will radically improve the lives of many people who are working in the UK night after night, year after year.”