Coronavirus: Supermarkets to receive most vulnerable list for priority delivery 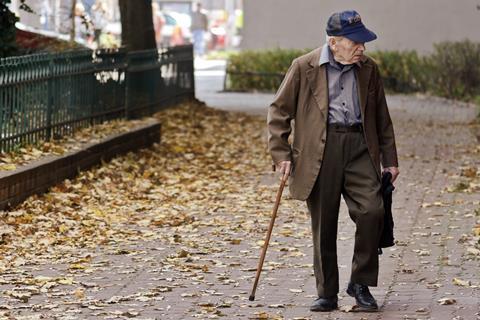 Major supermarkets are set to receive the details of vulnerable people who don’t have friends or family to buy groceries for them, so they can be prioritised for online delivery slots.

The database is understood to total around 400,000 vulnerable people, who are among 1.5 million the government has deemed at very high risk of severe illness from coronavirus, but who don’t have a support network to help them get shopping.

The names and details are expected to be distributed to major players in the sector over the weekend. Foodservice firms Bidfood and Brakes are also understood to be among the companies involved.

Once received, the grocers will be putting systems in place so those listed get easier access to delivery.

It has not yet been finalised how the names will be split among supermarkets. They might receive a portion of the total or work together to determine who on the list has previously been a customer.

With such high demand for online grocery, across the mults delivery times have blown out to weeks, while many have shuttered access completely to new customers.

It comes after Boris Johnson addressed the nation on Monday, urging people stay indoors and “use food delivery services where you can”.

Supermarkets have said they have been doing their best to ensure the most vulnerable are able to access delivery slots. However, they are understood to be wary of deciding who is most in need, and keen to receive government guidance.

Sainsbury’s says it has already prioritised slots for online customers who previously registered as being over 70 years of age or having a disability.

Some 270,000 customers, who had already given Sainsbury’s information that would identify them in these groups, have been contacted. More than 115,000 of them have slots booked in for this week.

Tesco said it was looking at “every opportunity to increase the number of slots available and to help support those most in need”.

“The government has asked us to prioritise some of our slots for people they’ve identified as most vulnerable and who don’t have their own support network. We will do this, and as soon as we receive the government database, we will share details of how it will work,” a Tesco spokesman said.

To ease the strain on online deliveries, supermarket chiefs have been encouraging people to shop in stores if they are able to do so.

Iceland boss Richard Walker this morning told the BBC that he’d “urge the opposite of the prime minister”.

“We must segregate online as best we can for the elderly and vulnerable,” he said.

A Tesco spokesman said: “We ask those who are able to safely come to stores to do so, instead of shopping online, so that we can start to free up more slots for the more vulnerable.”