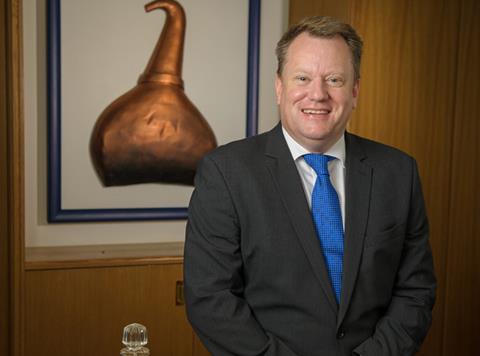 Frost will leave the SWA on 4 November to join the Foreign & Commonwealth Office (FCO).

The new role will see Frost swap battles like the fight against minimum unit pricing, which the SWA headed, for a new role helping the government chart the future of Brexit.

He held various senior roles in the FCO, including British ambassador to Denmark, and in the then Department of Business, Innovation and Skills.

“I have thoroughly enjoyed my time as chief executive and I want to thank SWA members and my team for their support. Scotch whisky is a wonderful industry to represent, vital to Scotland and to Britain, operating on a global scale, and held in affection by so many around the world,” said Frost.

“I leave the association and the industry well-placed to continue to succeed in a competitive marketplace during a time of change, including Brexit.”

SWA chair Pierre Pringuet, vice-president of Pernod Ricard, said: “David has successfully modernised the association during a challenging time for the industry both economically and politically. We have very much valued his leadership and I am confident he leaves the SWA in a good position to face the future.”

SWA deputy chief executive Julie Hesketh-Laird will become acting CEO for the interim period before the appointment of a new CEO.

Hesketh-Laird joined the SWA in 2005 as director of operational and technical affairs and was appointed deputy chief executive in December 2014.

She said: “We are sorry to see David leaving the SWA, but wish him well in his exciting future role. I look forward to leading the association for this transitional period and believe we have a great team to deal with whatever challenges face us.”