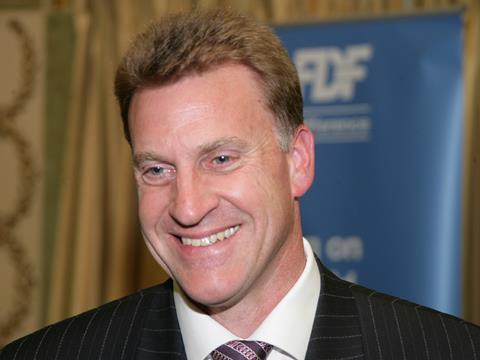 Moseley will join the company, which is the European subsidiary of privately owned Japanese business Mizkan, next Monday (28 September). He replaces outgoing MD Paul Shanahan, who has been with Mizkan Euro for just over three years.

Mizkan Euro said Moseley’s “extensive and diverse experience” of the food industry and the markets in which the supplier operates would support its efforts to establish and grow its UK business. Mizkan acquired the Sarson’s and Haywards pickle brands from Premier Foods in July 2012 for £41m, and Premier’s sweet pickles and table sauces business, which included Branston, for £92.5m five months later.

Mizkan Euro vice chairman Chikara Tanaka said: “I am delighted Jim Moseley has decided to join us during an exciting phase of innovation and development for us. I am confident he will prove to be highly effective in leading the Mizkan Euro business onwards through its next stage of growth.”

Tanaka added Shanahan had been instrumental in leading the Mizkan Euro business from a UK start-up in 2012 to its current position of “stable commercial and supply chain operations, with a progressive growth agenda”.

“Paul’s unique style and personality will be missed throughout the business,” he said. “We wish him luck with his chosen career move back to Ireland to re-join his family.”

Parent company Mizkan describes itself as the number one sushi seasoning supplier in the world.