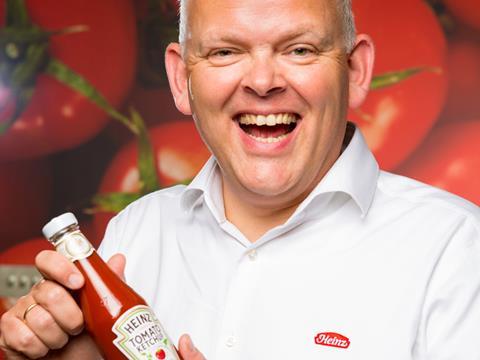 Heinz owners 3G Capital and Berkshire Hathaway don’t pussyfoot about. Within weeks of sealing the 2013 deal for Heinz, 11 of 12 senior executives had departed. Since then headcount has been cut by 20% and 8% (or $400m) of costs slashed - from grounding corporate jets to setting limits for hotel room rates.

Doesn’t sound much like fun, does it? Yet UK & Ireland MD Jan Kruise, a 13-year veteran at Heinz, is a confirmed convert to the new regime.

“The turnaround in this company is unheard of,” he says, dismissing suggestions that the new model is almost solely predicated on slashing costs. “The focus here is on the top line and the bottom line - it’s not either/or.”

The UK has not escaped the cost squeeze. The Aunt Bessie’s factory in Norfolk was shut, its frozen site in Dundalk, Ireland sold, and other sites have shed jobs. But Kruise, approaching a year in his role, does not see that as evidence of a company in retreat. “The underlying reasons for those decisions are very positive: we need to make this company fit for growth and have been taking the necessary steps to make ourselves the best food company in the world. We’re unapologetic about our new culture and identity.”

Those decisions are already bearing fruit, he says, proudly pointing out that the UK & Ireland business is back in growth and beating last year’s numbers.

Although unable to provide evidence in pounds and pence (and its 2014 accounts are overdue), Kruise sees a turnaround “visible in all categories” - from core beans and sauces to Amoy ethnic foods and infant feeding. “This is on the back of being an efficient organisation - stripping out costs that are not directly related to the quality of products, innovation power and bringing those concepts successfully to market.”

Some customers may beg to differ on the impact of the cost cuts. Heinz was bottom of the most recent annual fmcg Advantage Report (which is based on retailer attitudes to suppliers). But this mixed customer response “is telling me how it was in the past, not necessarily how it will be in the future”, he insists. Stressing the importance of partnerships and co-operation with retailers he points out that many are experiencing their own trading stresses and need to constrain costs. So it’s mutual. And Kruise dismisses the notion suppliers and retailers are engaged in a constant battle to set trading terms in their favour. “We have some joint goals and some different goals, but the truth is we need each other. We can all benefit through closer co-operation.”

With his background in the German fmcg market, Kruise is well aware of the challenges the discount sector brings to brands and retailers. “Those that are agile in reacting to the changes will succeed,” he says. “Heinz is such a massive brand in the UK and we have so much data and insight, we have a big role to play to help our customers differentiate and stand out”.

Particularly in bringing flair back in-store. “A decade ago, a lot of people from Europe came to the UK to be inspired by the in-store theatre and experience. But I get the feeling right now that [UK] supermarkets have become a bit like libraries - nicely organised and very efficient, but missing that twinkle in the eye.”

He feels big brands must work hand in hand with retailers to remedy that and “give shoppers a reason to come to their stores” and points to the in-store theatre of Heinz’s recent After School Heroes campaign with Warner Bros as a model it is looking to develop and replicate. He is keen to point out that even in the face of wider cost-cutting, Heinz’s UK marketing spend has grown 43% since 2013. And the £3m investment in After School Heroes was a record for a single campaign, he adds.

Nowhere will this be more evident than in product development. Heinz has continued to update pack sizes, core flavours and recipes (notably offering lower salt and sugar options across much of its range), but aided by a new innovation centre in the Netherlands Heinz NPD will be all about making a bigger impact in the future. “We’re big believers in innovation as one of the drivers to get us where we want to be - that means less incremental thinking and being much bolder”.

“Come back in 12 months,” he adds. “I’m convinced the level of innovation coming will take stakeholders by surprise.”

Of course this new corporate style “isn’t for everyone”, Kruise concedes, but with changing shopping habits and retailers under pressure, everyone at Heinz needs to be able to think on their feet. “I believe Heinz is one of the best companies to work for - the people who like working here take personal ownership for making things happen, are agile, have a little bit of skin on their nose and don’t take things personally.”

And with the more recent $46bn merger with its bigger US-focused contemporary Kraft still in its infancy - this need to embrace change will only intensify.

On Kraft, Kruise keeps his cards close to his chest: “We’re thrilled about the opportunities coming our way, so watch this space,” he teases.But he remains resolutely forward looking through the interview - as well he might, having only moved his family to the UK a matter of days before the interview. “Maybe we have not always lived up to the possibilities here,” he admits. “But having only been a British resident for a few weeks, I already get it - the emotion mums talk about when they tell us what beans mean to their families growing up.

“The Heinz brand in the UK is the soul of this company in Europe - so while the progress we’re making gives us confidence that the strategy and team changes are paying off, we are not satisfied because we want to be the best.”

Potted cv: At Unilever for 13 years before joining Heinz in 2002. Has had P&L responsibility at Heinz since 2006 and was most recently MD of Heinz Central, North & East Europe, which included Germany, Switzerland, Austria, Nordics, Poland and Eastern Europe. Became UK & Ireland MD in November 2014

Career highlight: I’m very thankful to the line manager who gave me the opportunity to lead a P&L in 2006. I feel I’m making a living out of my hobby

Business mantra: Your circle of influence is as big as you decide to make it

Business idol: Professor Vicente Falconi from Brazil. In the first global convention under the new ownership of Heinz in February 2014, he made complex material sound so simple