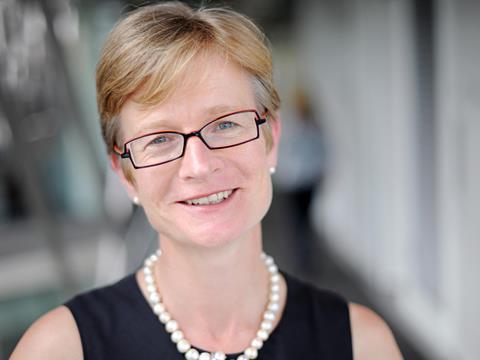 Marks & Spencer has confirmed that Laura Wade-Gery, executive director of multi-channel, will not be returning to the business following maternity leave and will step down at the end of the month.

In an announcement to the Stock Exchange, M&S chairman Robert Swannell thanked Wade-Gery for her ”significant contribution” in her five years at M&S.

“Laura has been a valued member of the board and instrumental in the improvement and modernisation of our ecommerce and multi-channel capabilities. We wish her all the very best for the future,” he said.

Chief Executive Steve Rowe added: “Laura has been a great colleague and has achieved much in her role heading our multi-channel business. I am grateful to Laura for her contribution and she leaves M&S with my personal thanks and best wishes.”

“I’ve been away from the business for a year now, and that time has seen some significant changes in both my personal life and in the business”

Wade-Gery said the change in her circumstances during her maternity leave was the reason for her departure at the end of the month.

“I have had five very happy years at M&S,” she said.

“I’ve been away from the business for a year now, and that time has seen some significant changes in both my personal life and in the business. I concluded that the time was right to move on from M&S. I wish Steve and all my colleagues and friends every success.”

Oxford graduate Wade-Gery has extensive experience in e-commerce, having headed Tesco.com for over eight years before moving to M&S as executive director of multichannel in 2011.

In 2014, she assumed responsibility for UK retail at M&S, putting her in charge of 914 stores.

The wider responsibility made her one of the favourites to eventually take the reins from M&S chief executive Marc Bolland.

Last September, Wade-Gery found herself at the centre of a tabloid media frenzy by announcing she was going on maternity leave at the age of 50. She was originally due to take just four months but later extended this period to a year. In January this year Bolland announced his plans to step down and was replaced by Rowe, who was M&S director of general merchandise at the time.