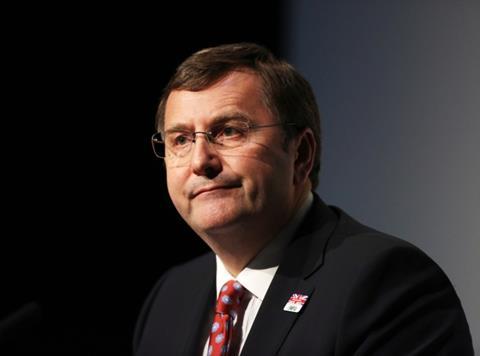 Tesco CEO Philip Clarke has stepped down after three years

Tesco today revealed that CEO Philip Clarke is to be replaced after failing to turn around the fortunes of the retail giant quickly enough to satisfy shareholders.

Clarke, who will leave at the end of September, will be replaced by Unilever veteran Dave Lewis, currently head of its personal care business.

Tesco chairman Sir Richard Broadbent said the time was right to bring in a leader with “fresh perspectives and a new profile”, adding that the retailer’s plight was “more challenging than we anticipated” even in June, when it reported a fall in UK like-for-like sales of 3.7% (excluding fuel).

“The overall market is weaker and, combined with the increasing investments we are making to improve the customer offer and to build long term loyalty, this means that sales and trading profit in the first half of the year are somewhat below expectations,” Tesco said.

Clarke’s position has been under scrutiny for months following a string of poor financial results but Broadbent has until now given his full backing.

The fact that Tesco does not have full confidence in its turnaround plans proved the final straw for the board, with Broadbent admitting there may need to be further steps. Some analysts have been urging Tesco to launch a more sustained price war against the discounters that have been eating into its share, a move that was always resisted by Clarke.

Broadbent said: “Having guided Tesco through a substantial re-positioning in challenging markets, Philip Clarke agreed with the Board that this is the appropriate moment to hand over to a new leader with fresh perspectives and a new profile.

In pictures: Philip Clarke’s highs and lows at Tesco

“Philip has done a huge amount to set a clear direction and re-position Tesco to meet the rapid changes taking place in the retail market,” Broadbent added. “He has achieved a great deal across all areas of the business in the face of considerable pressures. The Board are deeply grateful to Philip for his contribution to Tesco, over the last four decades, as well as more recently as Chief Executive. His has been an outstanding achievement.”

Lewis will replace Clarke from 1 October, although the outgoing CEO will remain on hand to provide support until January 2015, Tesco said.

It is the first time Tesco has appointed someone from outside the firm to the position of chief executive.

“Dave Lewis brings a wealth of international consumer experience and expertise in change management, business strategy, brand management and customer development,” added Broadbent. ”He is already known to many people inside Tesco having worked with the business over many years in his roles at Unilever. The Board believes that with Dave’s leadership Tesco will sustain and improve its leading position in the retail market.”

Clarke said: “Having taken the business through the huge challenges of the last few years, I think this is the right moment to hand over responsibility and I am delighted that Dave Lewis has agreed to join us. Dave has worked with Tesco directly or indirectly over many years and is well-known within the business. I will do everything in my power to support him in taking the company forward through the next stage of its journey.”

Philip Clarke began his career with in Tesco in 1974, stacking shelves as a summer job. He joined the Tesco Management Training Programme and worked his way up through store management roles before eventually taking charge of supply chain and IT in 1999. On the Tesco Board since 1998, his last role before replacing Sir Terry Leahy in the top job in 2011 was Asia, Europe & IT Director.

His tenure as CEO has been marked by significant scaling back in Tesco’s international ambitions, with the sell-off of its US chain Fresh & Easy and the creation of a joint venture in China. In a bid to reverse falling sales at home, Clarke embarked on a widespread store fresh programme and, more recently, price cuts on key lines.

Dave Lewis joins Tesco after nearly 28 years working for Unilever. His most recent roles with the fmcg giant were chairman for Unilever in the UK and Ireland, president for the Americas, and his current role as global president, personal care.

Tesco cited his experience in business turnarounds, such as in Home and Personal Care Central and Eastern Europe and Unilever UK/Ireland, as well as his “leadership in areas of significant strategic priority”.

Lewis will receive a basic salary of £1.25m and standard benefits commensurate with his position, Tesco said, as well as a sum of £525,000 in lieu of his current year cash bonus from Unilever, which will be forfeit when he joins the retailer.