Aldi adds swathe of vegan NPD as Veganuary gets underway 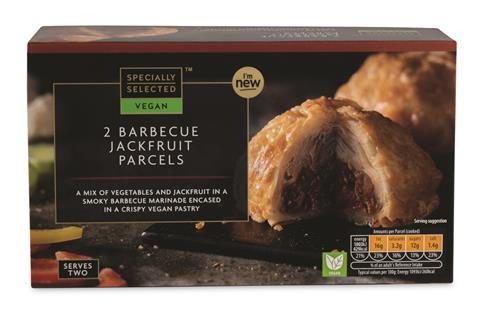 Aldi has boosted its plant-based range with a massive influx of NPD for Veganuary.

The discounter has this week unveiled 14 new products, most of which will roll out from today (2 January).

Lastly, Aldi has also extended the availability of its festive Specially Selected Vegan Parcels (rsp: £2.99/2-pack), which are made with roast vegetables, herbs and spices wrapped in vegan pastry and come in two flavours, Spicy Firecracker and Barbecue Jackfruit.