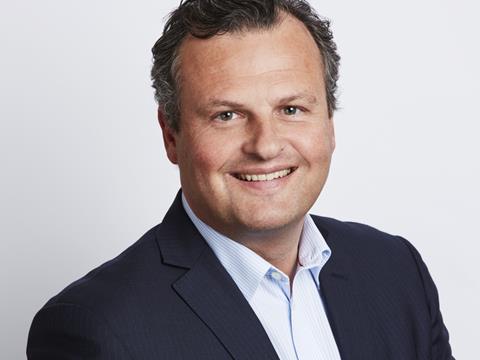 ”It’s so much better when we agree on the way forward and then work together,” said Coca-Cola boss Leendert den Hollander

Coca-Cola boss Leendert den Hollander has called for a step change in co-operation between industry and government on tackling the plastic crisis, warning of chaos if the response is not better co-ordinated.

Speaking in his role as new president of the BSDA, the Coca-Cola European Partners general manager said the soft drinks industry agreed with the government about the need to tackle the “appalling” problem of ocean waste.

But he said there needed to be a step change in how ministers and industry worked together.

With Chancellor Philip Hammond and Defra secretary Michael Gove lining up a raft of proposals on plastic later this month, den Hollander said: “The industry has always been very clear that we want to play a role in fixing the current recovery systems to ensure more of our packs are recycled.

“But the complexity of the issues requires more dialogue with more stakeholders and importantly with government.

“We need a different level of collaboration.”

He said the various proposals, which include plans for a controversial DRS system both north and south of the border, were an example of where much greater co-ordination was needed.

He said the DRS needed to be as simple as possible for consumers, run by a single non-profit body and “third, and most important, there must be one scheme or indeed complementary schemes operating across Scotland, England and Wales.

“Industry and government agree on the need for reform and we now have a great opportunity to work together to leverage our resources,” he said. “But it’s so much better when we agree on the way forward and then work together.”

Den Hollander also warned that the crackdown on plastic could have unintended consequences.

“The focus on plastic waste is understandable,” he said. “Everyone has been appalled by the TV images we’ve seen.

“Our challenge is to ensure these packs are recovered and don’t end up in litter or worse end up in the oceans. But we should not forget that PET in particular is a great material. It’s recyclable, lightweight and has a low carbon footprint.

“Over the past year the BSDA has called for ambitious reform of the PRN system and expressed support for well-designed DRS schemes as a way to boost recycling rates.

“It’s good the policy makers are taking action. We seem to agree on the way forward. But now we need to work together.”