4
What do shoppers really think about plastic in UK grocery? 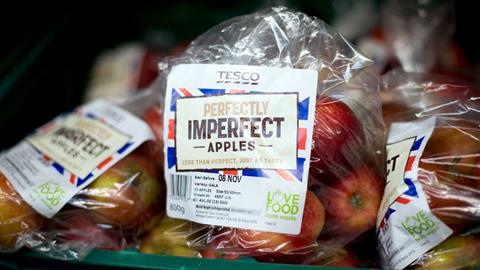 What do shoppers really think about plastic in UK grocery?

We are in the midst of plastic Free July, a month-long challenge in which consumers ‘choose to refuse’ all single use plastic. But are Brits still trying to ditch plastic? What are the biggest barriers to buying more plastic-free alternatives? And do shoppers think supermarkets are doing enough? We commissioned Harris Interactive to survey UK shoppers on plastic in grocery to find out.

Plastic packaging has become public enemy number one. Four in 10 consumers are very concerned about how many of their food and drink items are wrapped in plastic, according to our exclusive poll of 1,000 UK adults with Harris Interactive, conducted ahead of Plastic Free July. Only 7% are not concerned at all.

“A third of 55 to 64 year olds do not think supermarkets have done enough to reduce plastic waste and half of this age group also believe there are not enough plastic alternatives available. This is likely the reason why they’re over twice as likely to be concerned about the amount of plastic used on food and drink compared to the younger age group,” explains Lucia Juliano, research sector head cpg at Harris Interactive.

Cutting out single use plastic completely may sound like a huge undertaking, but for nearly a quarter of Brits, it’s something they are willing to try. Our survey showed 23% of consumers have attempted a plastic-free challenge, with the youngest age group (18 to 34) most likely to take on such a challenge.

Whether this be a single grocery shop, a whole month (such as Plastic Free July) or a longer-term commitment, such challenges seem achievable, with 66% of consumers that took on a challenge saying they succeeded. This may have been a different story five years ago, as 44% of respondents agreed avoiding single-use plastic is easier now than it was then. Harris Interactive’s Juliano says this is down to brands and retailers “becoming more environmentally conscious”.

“As a result of this, many companies are starting to reduce their use of plastics, consequently leading to easier access to plastic free products for consumers”, Juliano adds.

However, availability still appears to be one of the main barriers to ditching plastic packaging from the weekly shop, according to our survey. Most consumers (65%) don’t think there are enough alternative packaging types on offer. Respondents also ranked lack of availability of alternative packaging as the third biggest issue surrounding plastic, behind pollution of the oceans and land.

More than a third of respondents also thought the price of plastic alternatives was an issue, with 37% saying they were not affordable. When asked whether shopping plastic-free was more or less expensive than shopping normally, 42% of consumers said the former. However, 30% believed there was no difference in price - an answer that over-indexed with people aged 65 plus (37%).

When it comes to removing such barriers and reducing the amount of plastic the country uses, most people said brands and manufacturers had the most responsibility (73%), followed by supermarkets (69%). Government (52%) ranked bottom of the pile, below consumers (54%).

“Although most consumers try to avoid buying plastic packaging when shopping, they are unable to do so if brands and manufacturers do not give them an alternative packaging to choose from”, says Juliano.

This brings us to supermarkets’ efforts on reducing plastic waste. Six in ten consumers would like to see more progress from the supermarkets, although they admit retailers have made ‘a great start’. However, when asked which supermarket had made the best progress in the past five years, the most popular answer was none of them (29%), followed by Tesco (15%). The playing field was then reasonably level between the rest of the big four, with Iceland ranking last.

“Seven in 10 consumers believe it is down to supermarkets and retailers to reduce the amount of plastic used, however they need to improve their efforts, as a fifth of consumers say they have not done enough”, says Juliano. “This has led to consumers feeling that no supermarket has made the best progress on reducing plastic over the past five years.”