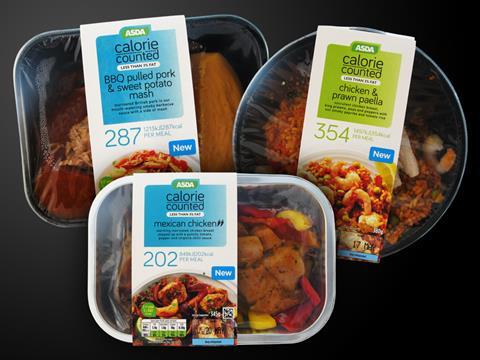 Asda has given its own label chilled ready meals range a spring clean, clearing out well-known recipes while ramping up its healthier and higher-end variants.

Over recent weeks, Asda has axed hearty mainstays such as Battered Haddock Fillet with Chips and Lasagne Al Forno [Brand View w/e 16 May 2017], with a total of almost 50 options pulled from chillers.

Consumers now saw posh ready meals as a valid alternative to dining out, said Hari Ghotra, a chef and meal kit supplier. “They want to be wowed and are willing to spend a little more than they would on a standard ready meal.”

Calorie counting was also “part of how many people live their lives today” she added. “Consumers are now tracking daily calories through apps, so rely on this info to be be readily available on pack.”