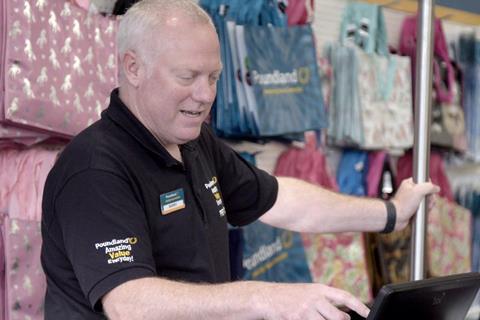 Poundland is to be the subject of a new Channel 4 series examining the retailer’s transformation.

The two-part documentary, Inside Poundland: Secrets From The Shop Floor, will focus on the variety discounter’s reinvention through new ranges at a time when rivals are failing.

Poundland is in the midst of what it has called the biggest transformation in its history. In the space of a year, the transformation programme has seen it add new multi-price points, roll out frozen and chilled ranges and unveil plans to start selling online.

Last month it acquired frozen food retailer Fultons Foods in a deal that creates the distribution potential for plans to extend the frozen and chilled offer to 500 stores over the next two years.

The series, from ITN Productions, will look at Poundland’s newly revealed plans to open 45 new and relocated stores in the next 12 months, asking if the business can grow as recession grips the high street, and what its secret is.

Read more: From pound shop to fmcg destination: the growth of Poundland

It will follow key Poundland figures including MD Barry Williams and retail director Austin Cooke as they reinvent the proposition with new offerings such as Pep&Co Scandanavian-style homewares and a “divorce celebration range” of adult toys.

“Poundland has a unique culture – a company that likes to do things differently and swim against the tide,” said ITN Productions executive producer Will Smith.

“It’s an incredible time to be following the company when so many other retailers are having to close their doors. We’ve been granted privileged access as Poundland embarks on a major expansion plan and tries to lure customers who may never have walked through its doors before.”

Becky Cadman, Channel 4 commissioning editor of factual entertainment, said: “This series promises an informative and entertaining look at a moment of history few of us will forget through the eyes of a British high street chain going into uncertain times.”

The series is set to be broadcast next month.