All six major supermarkets have scaled back on multibuys 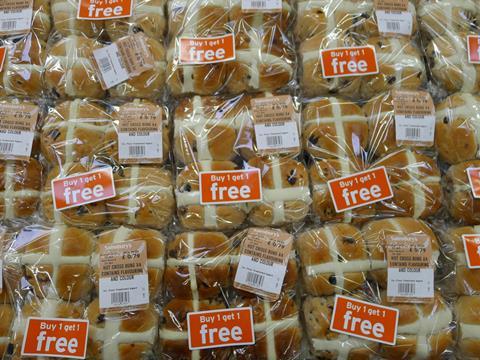 The mults ran almost 14,000 fewer multibuys in store last year as they stuck to their promise to simplify pricing.

“The consumer is winning, both in terms of the simplicity of deals and the number of deals,” says Adam Leyland, editor of The Grocer.

Sainsbury’s, which pledged to phase out multibuys from August 2016, cut the mechanic most, offering 5,444 fewer multibuys across 2016 than 2015. As a result multibuys accounted for just 13.9% of total deals last year, a figure that will fall to zero (in-store) as the move annualises.

But all the major mults took the axe to multibuys last year - a strategic shift that Premier blamed when it issued a profits warning last week.

The beers, wine and spirits category experienced a particularly significant shift, as both Tesco and Sainsbury’s cut multibuy deals on booze by more than half last year. Only Morrisons offered more.

Tesco, which told the Efra Committee hearing on food waste last week it had stopped all fruit and veg bogofs and was 80% down on all fresh promotions with a volume link, offered 441 fresh produce multibuys in 2016, down from 585 the previous year.

“Over the last 18 months we’ve lowered the prices on thousands of products, so shoppers do not feel they have to look out for promotions,” a Tesco spokeswoman says.

Elsewhere, “impulse in general continues to be very heavily promoted as a category, with big brands and a huge variety of products available to mix and match”, says Assosia director Kay Staniland.