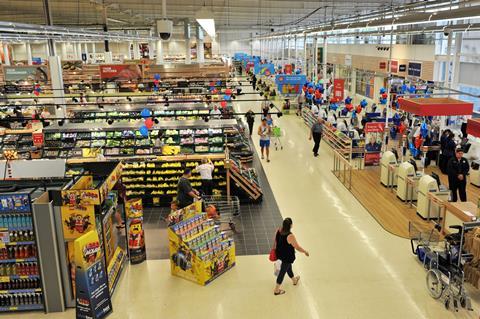 Tesco has launched a third phase of its 100th anniversary price cut campaign, slashing the cost of more than 100 products.

Launching today (6 September) and running until 2 October, it follows previous phases of the campaign in January and May, as Tesco continues to fight competition from discounters Aldi and Lidl.

The retailer is due to release its first-half results early next month, having combined its strategy of price cuts with a focus on the rollout of its own-brand line-up, as well as a series of cost-cutting measures and thousands of staff redundancies.

The retailer has also launched another phase of its Clubcard Prices strategy, which will give its 19 million Clubcard members additional money-saving deals during September.

They include discounts on products ranging from TVs to coffee.

“We know this will be especially important as children go back to school and purse strings are tightened after the summer break. And as we continue to celebrate 100 years of great value, we wanted to say thank you once again to our millions of loyal Clubcard customers with special lower prices just for them.”