Tesco set to be cheaper than Argos on toys this Christmas 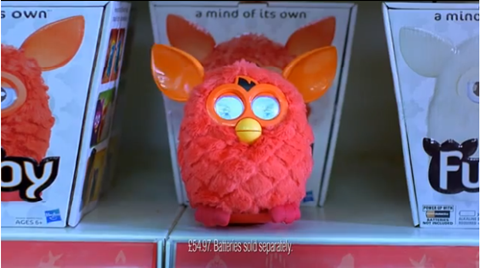 Has Tesco cornered the market in Furbies this Christmas?

Tesco’s price offensive on general merchandise is set to make it cheaper than Argos on toys this Christmas.

A basket of the bestselling toys will be 3% less expensive at Tesco than at its Sainsbury’s-owned rival, found research by global ecommerce analytics firm Profitero.

But neither retailer managed to match Amazon, which came out as 7% and 10% cheaper than Tesco and Argos respectively.

The findings came after Tesco vowed to match Argos on more than 8,000 prices last month and ramped up its general merchandise push by launching a three-for-two deal across its entire toy range just a weeklater.

Sainsbury’s hit back by announcing a new promotion that enabled Nectar cardholders to double the value of their points on all purchases including toys from 9 November.

This year will be Sainsbury’s first Christmas following the acquisition of Argos, which is set to make the general merchandise market even more competitive. Sainsbury’s is set to increase the number of in-store Argos concessions to 30 by the end of the year and chief financial officer John Rogers said it was also considering pop-up shops, although he did not specify the timeframe.

Argos tends to see a significant spike in sales in the run up to Christmas, registering a 41% year on year sales increase for Black Friday 2015, and a 10% increase in digital sales in December 2015 year on year.