Aldi shop is more than £4 cheaper than nearest rival 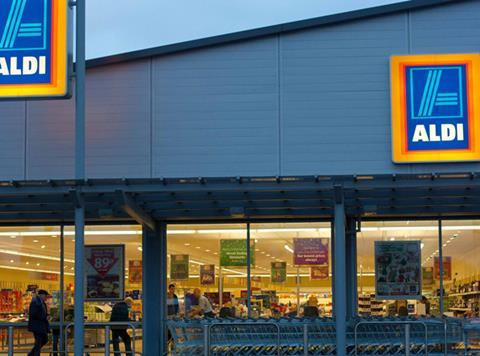 Aldi: cheaper by the dozen

Guest retailer Aldi claimed a convincing win over its traditional supermarket rivals this week -and in so doing illustrated one of the key reasons why Asda and Sainsbury’s feel the need to merge.

Aldi’s £33.14 total was £4.41 cheaper than Asda, helped by offering the lowest price for 27 of the 33 items on our list. Twenty-three of these were exclusively cheaper than any of its rivals.

This makes Asda 13.3% more expensive and while the gap has closed from 16.5% in January, drastic measures appear to be needed if Asda is to genuinely close the price gap to the discounters. Hence the Sainsbury’s merger - should a post-deal Asda and Sainsbury’s live up to their promise to cut many everyday prices by 10%, Asda in particular would start to look a lot more competitive.

Sainsbury’s, which last week also invested £35m in reducing the price of selected meat and fish products, actually managed to grab third spot this week. Although at £39.51 it was £6.37 and 19.2% more expensive than Aldi. Sainsbury’s was exclusively cheapest on the Kinder Surprise, pomegranate seeds and Quorn Mince.

Waitrose also had just two products on deal. This compared with Asda’s nine, Aldi’s eight, Morrisons’ six and four each at Sainsbury’s and Tesco.