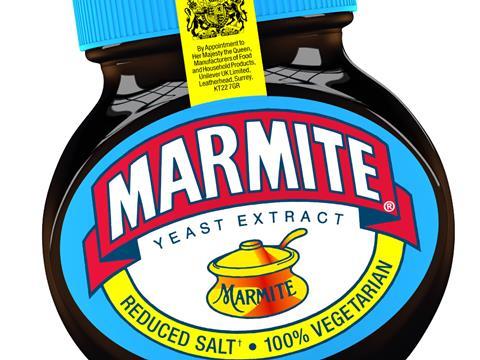 Why: Unilever unveiled its new Marmite variant last month “to appeal to the growing number of consumers seeking a low-sodium diet”. The yeast extract spread promises at least 25% less salt, containing no more than 8g per 100g and as little as 6.1g - 44% lower than the 10.8g of standard Marmite. The discrepancy was due to ”very minor variations” in each batch, according to Unilever. The supplier saw Marmite spread experience near-static value sales last year, adding just 0.3% (£0.1m) to £30m [Nielsen 5/2 9 September 2017].

Consumer verdict: The familiar Marmite pot and branding, enhanced by a sky-blue lid, was unlikely to be overlooked on shelf, said our shoppers. While the healthier credentials of the spread were considered innovative, initial appeal was low and increased only slightly upon testing. There was praise for the colour and “good strong flavour”. It was “exactly the same as normal Marmite” and “good to enhance a meat dish or in gravy”. For naysayers, however, the spread was “still too salty” while the flavour was “too strong”.