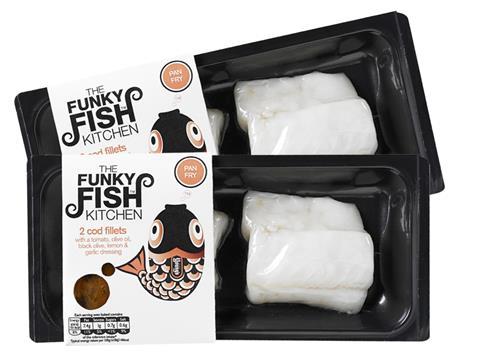 Why: Since launching the Asda-exclusive range in 2013, Young’s has brought out continual NPD under the Funky Fish Kitchen banner. This cod dish is one of four ready-to-cook options launched in March, alongside salmon tartlets with marinated peppers and sweet red chilli butter; salmon fillets with beetroot & horseradish butter; and smoked cod fillets with jalapeno, ginger & coriander butter.

Consumer verdict: Although two-thirds of respondents thought this brought something new to the category, purchase intent was low both before and after trial. Some thought this fish was good quality, fresh and chunky, but many found it rubbery, while the sauce was variously considered too salty, too oily, and overpowering. The product was also seen as expensive, resulting in an overall score seven points below the category norm, and 39% said they would never buy this.